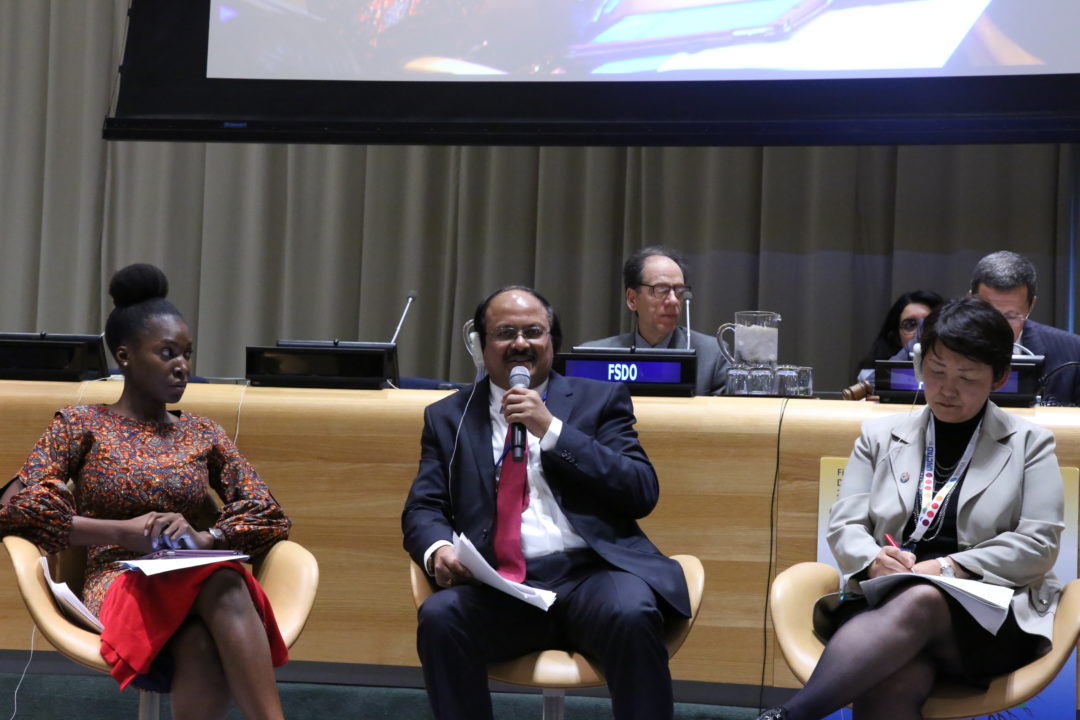 In this thematic session, Principal Secretary Md. Nojibur Rahman along with other panelists discussed several issues such as the steps needed to recognize the multilateral trading system for sustainable development, the equitable distribution of trade benefits, impacts of emerging trends in technology, including in e-commerce on the global landscape for trade  etc.

In his deliberations, Principal Secretary came up with some recommendations to make the Multilateral Trading System more effective. These are:

First, the international community must promote a universal, rule-based, open, transparent, predictable, inclusive, non-discriminatory and equitable multilateral trading system. Implementation of the WTO Ministerial decisions is vitally important for the promotion of trade.

Second, it is imperative for the WTO to address the current challenges faced by the international trading system. It needs to be ensured that development remains at the front and center of the multilateral trading system.

Fourth, the Doha Development Agenda aiming at addressing the systemic imbalances in the multilateral trading system need to be concluded.

Finally, ‘Aid for trade’ support should be increased for the capacity building, diversification, value addition and integration of the low income countries into the global value chains.

Highlighting different steps taken by Bangladesh in the use of technology-innovation, digital economy and e-commerce, the Principal Secretary said, “Under the visionary leadership of Prime Minister Sheikh Hasina, Bangladesh is making inroads into a digital society to reap the potentials of e-commerce. This was possible as we laid an essential foundation for a technology-driven and skills-based digital economy”.

The Principal Secretary also referred to the UNCTAD e-Trade Readiness Assessment that recognized Bangladesh’s bright prospect in e-commerce and equitable distribution of the benefits of it throughout the economy because of its remarkable progress in telecommunications infrastructure, trade logistics, payment solutions, laws and regulations, skills development, and financing.

Mentioning that the developing and the least developed countries have started the e-commerce only recently, the Principal Secretary said, “To reap the benefits of e-commerce and to minimize the risks, and also to gain people’s confidence, countries will have to address the barriers to business from an ‘ecosystem perspective’. The new 4IR (Fourth Industrial Revolution) tools such as automation, 3D Printing, Artificial Intelligence, should be aligned with the expansion of the e-commerce because still some countries remain at the 2IR or  3IR level”. He attached the importance of continuing support of the International Support Measures (ISM) to the developing and the least developed countries.

The Principal Secretary stressed on full realization of Sustainable Development Goal target 17.12 which calls for ‘duty-free and quota-free’ market access for all least developed countries and transparent and simple rules of origin.

For the expansion of trade and the attainment of development goals, the Principal Secretary stressed on regional and sub-regional cooperation frameworks such as BBNG and BCIM.

The representatives of different member states, civil society organizations and other stakeholders mentioned Bangladesh’s indomitable success in their interventions which significantly attracted the audience.

The forum ended through the adoption of the intergovernmentally agreed outcome document.