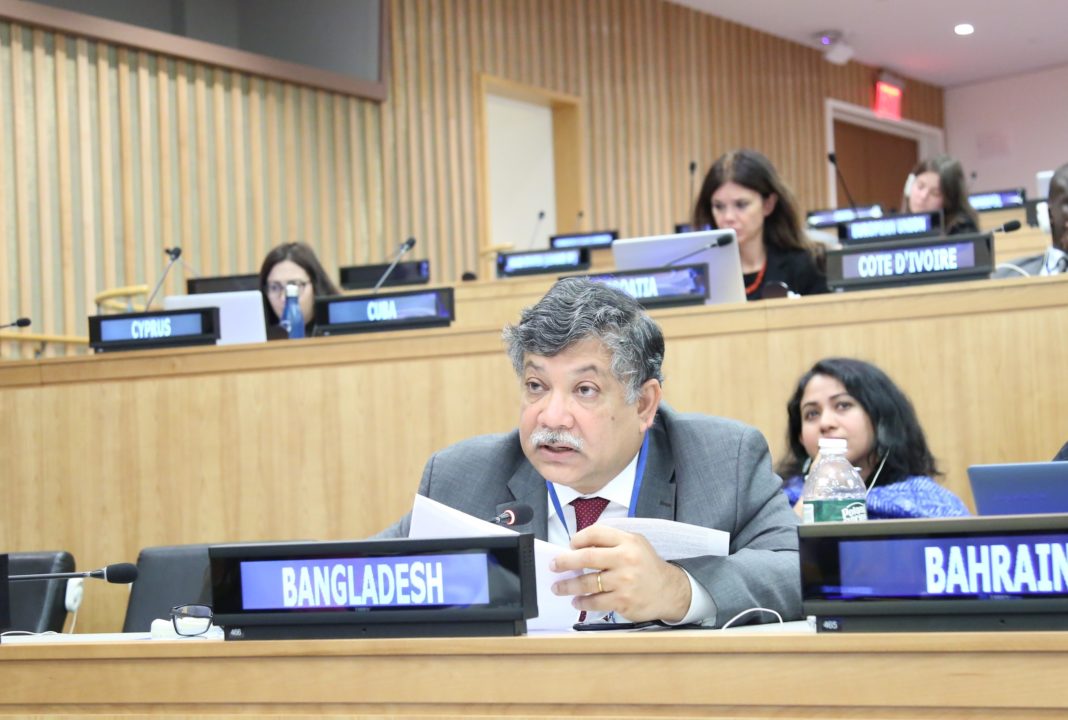 Today, Bangladesh tabled a draft resolution entitled “Use of Natural Fibres such as Jute and Sisal” in the Second Committee for its consideration during the 74th Session of the United Nations General Assembly. On behalf of Bangladesh, Permanent Representative of Bangladesh to the UN Ambassador Masud Bin Momen tabled this resolution at the Plenary of the Second Committee under Agenda item 24, ‘Agriculture development, food security and nutrition’.

In his remarks, Ambassador Masud encouraged the member states to promote the use of environment friendly natural fibres such as jute, cotton, and sisal and commented, “Enough has not been done to make people aware about the benefits of the use of natural fibres as substitutes of artificial fibres”. He argued that a resolution of the General Assembly is required to signal our commitment to protect our environment through the use of natural fibres. He mentioned that in this backdrop Bangladesh tabled the draft resolution entitled ‘Use of Natural Fibres such as Jute and Sisal’.

Ambassador Masud opined that this resolution could be an effective tool to raise global awareness of the importance of natural fibres not only to producers and industry, but also to consumers for a better choice in saving the environment. He hoped that member states will find this resolution helpful for promoting a cause critically important to protect environment and accelerate sustainable development.

Alluding to the remarkable successes achieved under the visionary leadership of Prime Minister Sheikh Hasina the PR said that her government’s bold and pragmatic policies transformed the agriculture sector, promoted rural development, empowered the marginalized people and protected small holder farmers and small-scale producers within local food systems. He also stated that Bangladesh is the third largest producer of vegetables, 4th largest producer of rice and 5th largest producer of inland fisheries.

The PR informed the Plenary Meeting that from a net food-importer, Bangladesh has become a net food-exporter and we have been making efforts to produce and popularize the environment-friendly agricultural products.

The PR invited all member states to extend support to the new resolution of Bangladesh and hoped that it would enjoy wide consensus among the UN membership. It may be noted that the negotiation process of this resolution will start very soon at the UNHQs.