Delegations of the U.S. Army War College visits the Permanent Mission of Bangladesh. 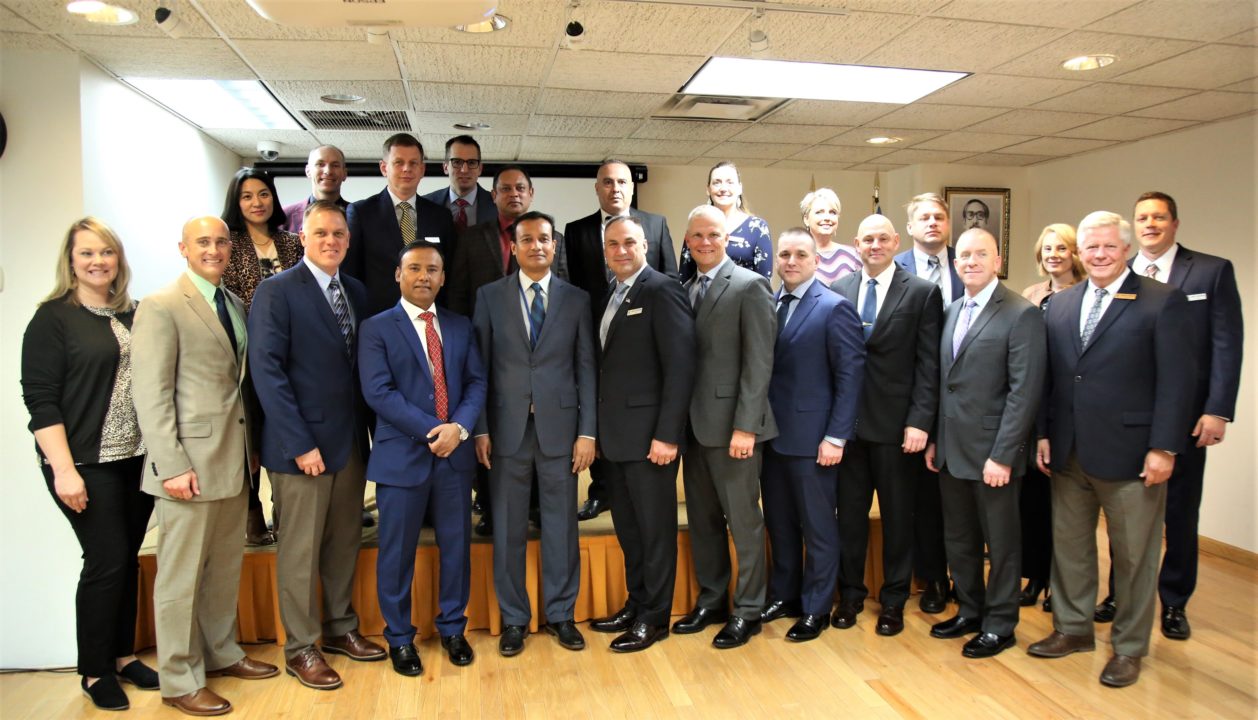 Today, a delegation of the U.S. Army War College composed of 21 members of different countries led by Professor John Tisson visited the Permanent Mission of Bangladesh to the United Nations. The U.S. Army War College has been visiting Bangladesh Mission every year in the recent times to learn about our experiences in the field of peace operation and our engagements at the UN. This partnership comes as recognition of Bangladesh’s remarkable contribution to peace operations as well as the reputation and professionalism of Bangladeshi peacekeepers. A senior officer of Bangladesh Army studying in the war college was a part of this delegation.

In his welcome remarks Chargé d’ Affaires Tarek Md Ariful Islam mentioned Prime Minister Sheikh Hasina’s visionary leadership, bold and resolute development plans, ‘whole of society approach’ policy to create a prosperous Bangladesh which was envisioned by the Father of the Nation Bangabandhu Sheikh Mujibur Rahman. The DPR briefed the delegation on Bangladesh’s overall engagement at the UN, the challenges UN was facing on various global issues and how Bangladesh was contributing to the work of UN in overcoming theses challenges. He also dwelled upon about the relationship and partnership between Bangladesh and the UN including development, human rights, peace & security, terrorism & violent extremism, cyber-security, multilateralism, climate change, migration, women empowerment, sustainable development goals etc. He mentioned some of the global challenges that affect Bangladesh such as rohingya crisis, climate change, and 4th industrial revolution. Chargé d’ Affaires emphasized on strong global partnership to mitigate the challenges.

Traditional Bangladeshi cuisines are served to the Delegation.