Statement by H.E. Dr. A. K. Abdul Momen, M.P., Hon’ble Foreign Minister of Bangladesh at the High-level Thematic Debate by the President of the General Assembly on “Delivering Climate Action: for People, Planet & Prosperity”, 26 October 2021 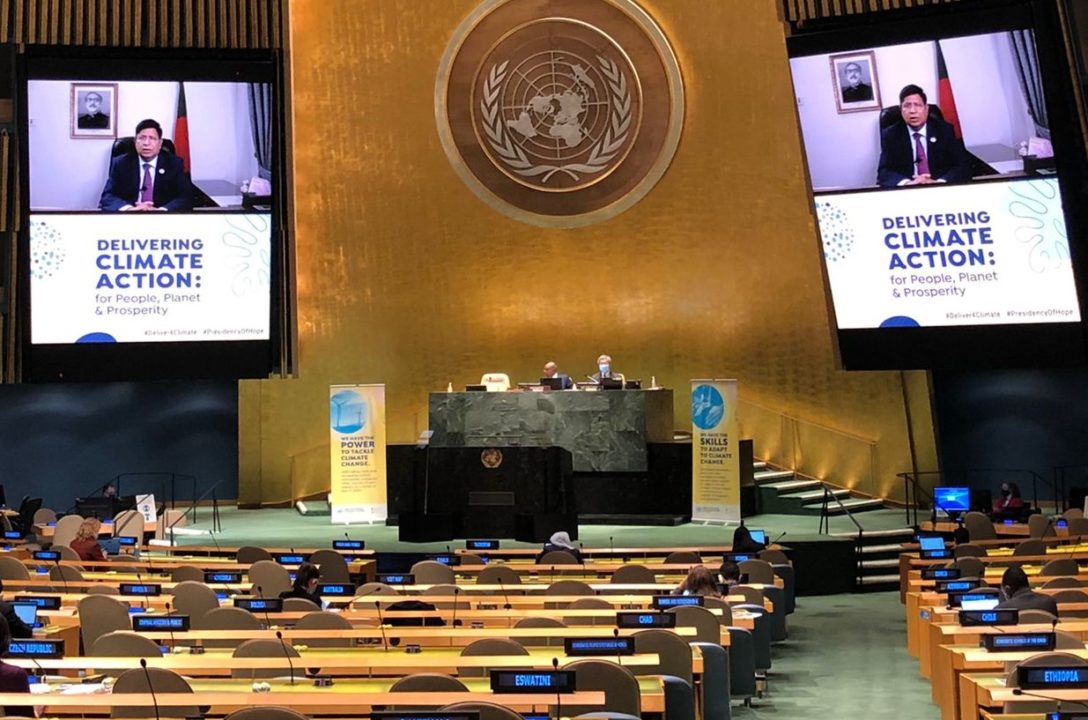 Hon’ble Heads of State and Government,

Assalamu Alaikum. Peace be upon you.

At the outset, I would like to express thanks to the President of the General Assembly for convening this High-level Thematic Debate on delivering climate actions. We are only one week away from COP26. This COP is held at a critical time, as the latest science warns us of grave consequences unless emissions are slashed significantly in the next few years.

First, all major emitting countries must declare and implement aggressive NDCs. All countries together have to ensure that the global temperature rise does not cross 1.5 degree Celsius.

Second, the commitment of providing 100 billion dollars annually by the developed countries as climate finance to developing countries must be fulfilled. The allocation has to be at the ratio of 50:50 between adaptation and mitigation. The different international climate funds must synchronize to achieve synergy.