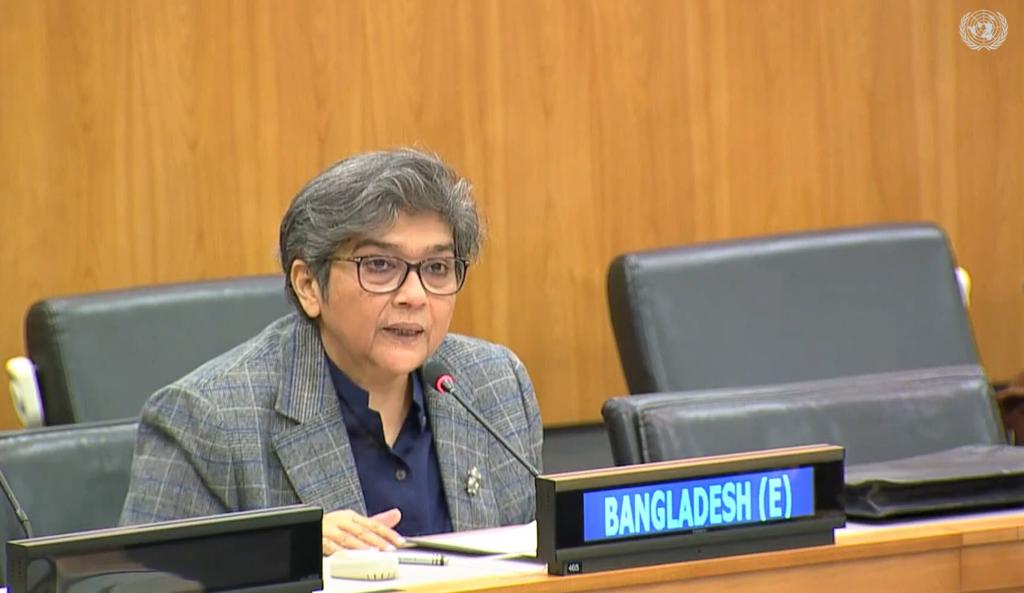 I speak here today as a wake of our solidarity with all victims of terrorism and with all efforts in our fight against terrorism.  That is our firm commitment as we marked the 20th anniversary of the heinous attacks perpetrated by the terrorists on the Twin Tower on 11th September 2001. I take this opportunity to pay my deepest condolences to the victims of the 9/11 and other terrorist attacks since then.

Resolution 1373, adopted in the wake of the 9/11 attack, and the subsequent resolutions provided a solid foundation for the international community to respond to terrorism in a comprehensive manner. We also acknowledge the work of the Counter Terrorism Committee and Counter Terrorism Executive Directorate to prevent and fight terrorist acts globally.

Bangladesh condemns terrorism in all its forms and manifestations. We have a ‘zero tolerance’ policy on terrorism and violent extremism. We do not allow our territory to be used by any operatives to incite or cause terrorist acts or harm to others.

We have joined all international counter-terrorism instruments. At the national level, we have put in place comprehensive legislations. We have also prioritized prevention, and in this regard, involved families, communities, and the civil society organizations as key agents.

Terrorism does not respect national borders. Therefore, we have to act together to eliminate this menace. Allow me to flag three specific points in this regard:

First: for effective implementation of resolution 1373, we need to address the capacity gaps and other challenges faced by the developing countries. This is particularly relevant in the context of the growing use and misuse of ICTs. We expect robust collaboration between the Council and Member States in this regard.

Second: effective counter-terrorism would require effective cross-border cooperation at all stages, and at all levels, including at the regional level. Seamless exchange of operational information and intelligence-sharing among nations is critical. Equally important is to ensure cooperation in the field of prosecution and extradition and terrorist financing. [and]

Third: we must address the root causes of terrorism and violent extremism. Protracted conflict, impunity and exclusionary policies could lead to alienation, especially among the more impressionable and vulnerable youth, who can fall easy prey to terrorist recruitment.  It is critical to address such deep-rooted protracted situations before too late; and in this regard, the Security Council and other relevant UN bodies, have an important role in identifying early warning signs, and addressing such situations with real urgency.

To conclude Mr. Chair, I would like to emphasize that no effort would be successful if it not complemented by genuine political will. In Bangladesh, we have encountered acts of terror on a few occasions. However, the strong determination and unflinching commitment of Prime Minister Sheikh Hasina, and timely action, helped us to launch a social movement to fight the menace of terrorism. We remain vigilant; and we remain committed to work with all, in all efforts to fight this menace.