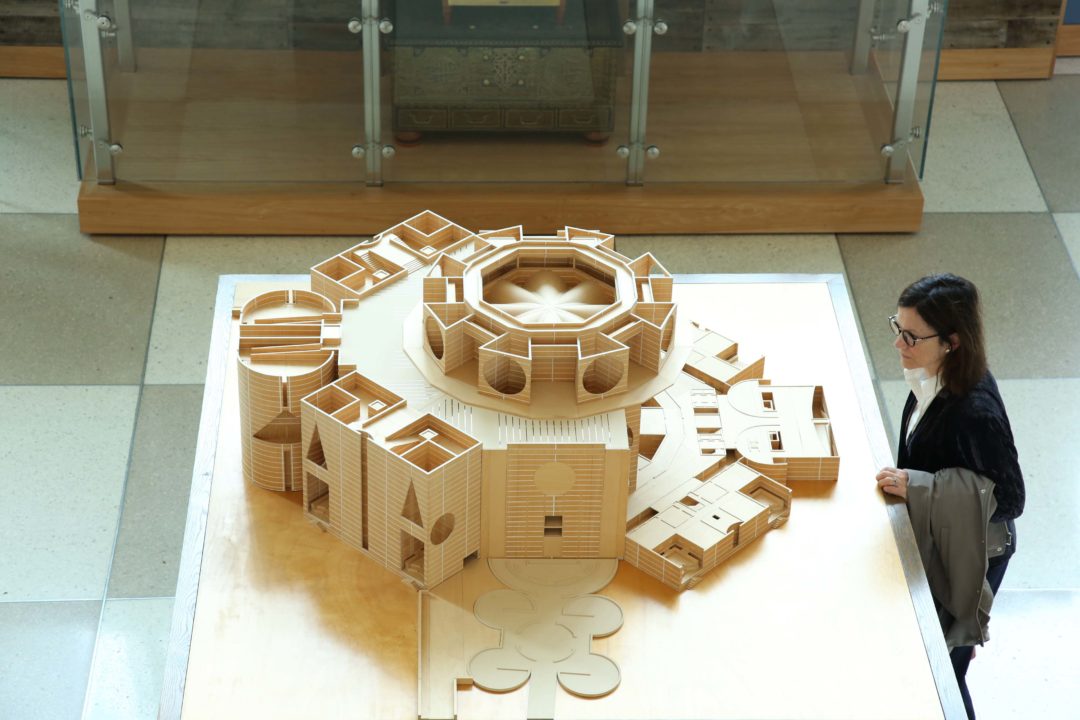 Today, the Permanent Mission of Bangladesh and the Permanent Mission of Estonia to the UN jointly organized a Photo Exhibition at the UN Headquarters titled ‘From Island to Island-The creative journey of Louis Kahn’ where a model of the National Parliament Building of Bangladesh was displayed at the centre of the hall that attracted huge attention of the international community.

In his remarks, the State Minister for Youth and Sports Zahid Ahsan Russel MP said, “We are today commemorating Louis Kahn, one of the greatest architects of the 20th Century, and the magnum opus of his architectural creations, the National Assembly Building of Bangladesh. Is it not intriguing for an architect born in Estonia, naturalized in US yet having made a mark in such a far away land, Bangladesh? It is quite an eclectic effort, also a wonderful example of north-south camaraderie. This has forged an unbreakable bond between Bangladesh and Estonia which we are also celebrating today”.

Sharing some facts about the National Parliament Building, the State Minister also said, “It is one of the largest legislative complexes in the world and an engineering marvel, built by hand, utilizing all local materials, featuring traditional Bangali architecture including an artificial lake, from which it appears to rise, recalls the riverine beauty of Bangladesh”. “It is one of the 20th century’s greatest architectural monuments” he quoted Robert McCarter, renowned architecture critic of the United States. “It encapsulates lasting architectural ideas of many eras and civilizations yet remains deeply rooted in the context- Bangladesh and its people” he added. In this context, he also quoted Kahn’s own words: “It was not belief, not design, not pattern, but the essence from which an institution could emerge…”

Remembering the Father of the Nation, architect of independent Bangladesh Bangabandhu Sheikh Mujibur Rahman and the Liberation War, the State Minister said that the Parliament building is a tribute to the democracy of Bangladesh. To Bangladeshis, it is more than a parliament house; it is a symbol of stability, dignity and national pride. He also shared about his personal attachment with the Parliament building as one of the youngest Parliamentarians in Bangladesh to lead its first ever renovation works.

Mentioning the National Parliament Building of Bangladesh is one of the masterpieces of Kahn’s work, the President of Estonia said that the monuments built by Louis Kahn are epitomes of Justice, freedom and dignity for which the UN works.

Nathaniel Kahn, the son of Louis Khan spoke about ‘human agreement’, the philosophy of his father’s architecture works that we need so much in our today’s world.