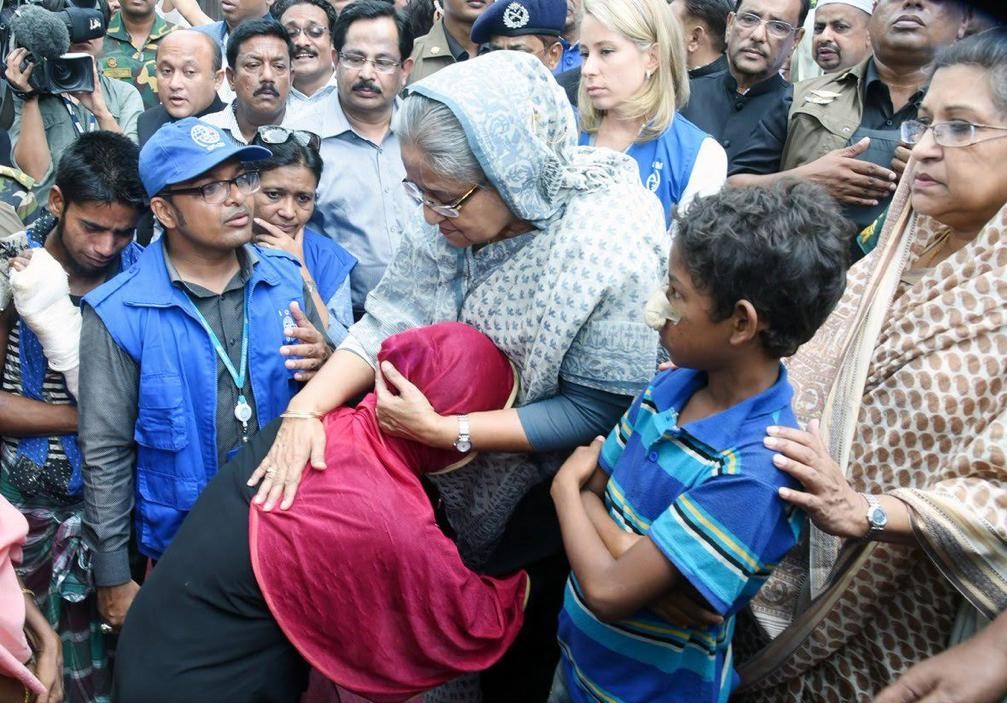 The Rohingya crisis and a possible way forward: the role of the Permanent Mission of Bangladesh to the United Nations in New York

The Rohingya crisis is one of the gravest crises of our time, having resulted into the influx of 1.1  million of Rohingya people from Northern Rakhine State of Myanmar to Bangladesh fleeing their homes due to the ‘Clearance Operations’ conducted Myanmar authorities since August 2017. On 23 January 2020, the International Court of Justice (ICJ) Ordered provisional measures[1] asking Myanmar to take all measures within its power to prevent the commission of all acts within the scope of Genocide Convention. According to the latest report of the Independent International Fact-Finding Mission (IIFFM) on Myanmar constituted by the UN Human Rights Council, the 600,000 Rohingyas remaining inside Myanmar face systematic persecution and live under the threat of genocide.[2]

Hon’ble Prime Minister Sheikh Hasina took the bold decision to give this forcibly displaced huge number of distressed Rohingyas temporary shelter on humanitarian consideration despite numerous challenges and constraints and particularly at a time when refugee and displaced people across the globe are not welcome by many countries. Bangladesh continues to provide, to the best of her abilities, the Rohingyas with basic humanitarian needs and much needed protection with the help of international community. The COVID-19 preparedness and response arrangements put in place in the camps in Cox’s Bazaar are much better than the national average which is the manifestation of the importance Bangladesh attaches to ensuring the well-being of the displaced Rohingyas.  During the recent drifting boats episode, it was again Bangladesh to rescue the Rohingyas in peril at sea and provide them with shelter and care.

The ultimate solution to this crisis lies in the voluntary, safe, sustainable and dignified return of Rohingyas to Myanmar with basic amenities, as well as initiatives to ensure accountability and justice to end the culture of impunity. The Rohingyas themselves have expressed their strong desire to return to their homes in Rakhine. Unfortunately, two attempts of repatriation in 2018 and 2019 have shown that Rohingyas refused to return voluntarily as they were not convinced that that there the environment was conducive for their return, and that their concerns had been addressed.  The refusal by the Rohingyas to return once again demonstrated to the world where the crux of the problem was; and that mere construction of physical facilities such as welcome centers and camps, were not enough for building the confidence of the Rohingyas for repatriation.

It is critical for the international community to more assertively voice the need for creating in the Northern Rakhine State an environment conducive for voluntary repatriation. The uncertainly and delay in repatriation is further increasing the frustration and despair among the displaced Rohingyas, making them susceptible to crime, and easy prey to human trafficking, radicalization, and other criminal and hazardous activities.

Since August 2017, the Rohingya issue has been the Permanent Mission’s one of the most important pre-occupations. A key focus of the Mission’s work has been to seek a resolution of the crisis through  multilateral efforts, engaging the member states of the United Nations and the United Nations system particularly the General Assembly, the Security Council and the UN Secretariat to take the ‘custodianship’ of the ongoing bilateral efforts with Myanmar.

In the General Assembly:

In the Security Council:

In the UN Secretariat:

Apart from the UN, efforts are underway in several other inter-governmental platforms, such as the NAM, OIC and EU for a resolution of the Rohingya crisis.

The Mission has remained engaged within and outside the UN on the Rohingya crisis. In 2019, the Mission organized screening of a critically acclaimed docu-fiction on the life a Rohingya woman produced by a reputed media house of Bangladesh at the UN Headquarters which drew wide appreciation from member states.

Ensuring accountability for the atrocities perpetrated in the Northern Rakhine State is a critical prerequisite for a durable solution to the Rohingya crisis. The developments at the ICJ and the ICC are encouraging and enormously significant in this regard.

Despite many challenges including the complexity of international politics in the context of the Rohingya crisis, as well as increasing conflicts and protracted humanitarian situations all over the world, the Permanent Mission continued its efforts to prioritize Rohingya issue and maintain international community’s strong and consistent focus on it.

During the pandemic and despite the Secretary-General’s Global Ceasefire Appeal, violence in the Rakhine State continues unabated which is making the prospect of return of the Rohingyas to their places of origin in the Northern Rakhine State bleak.