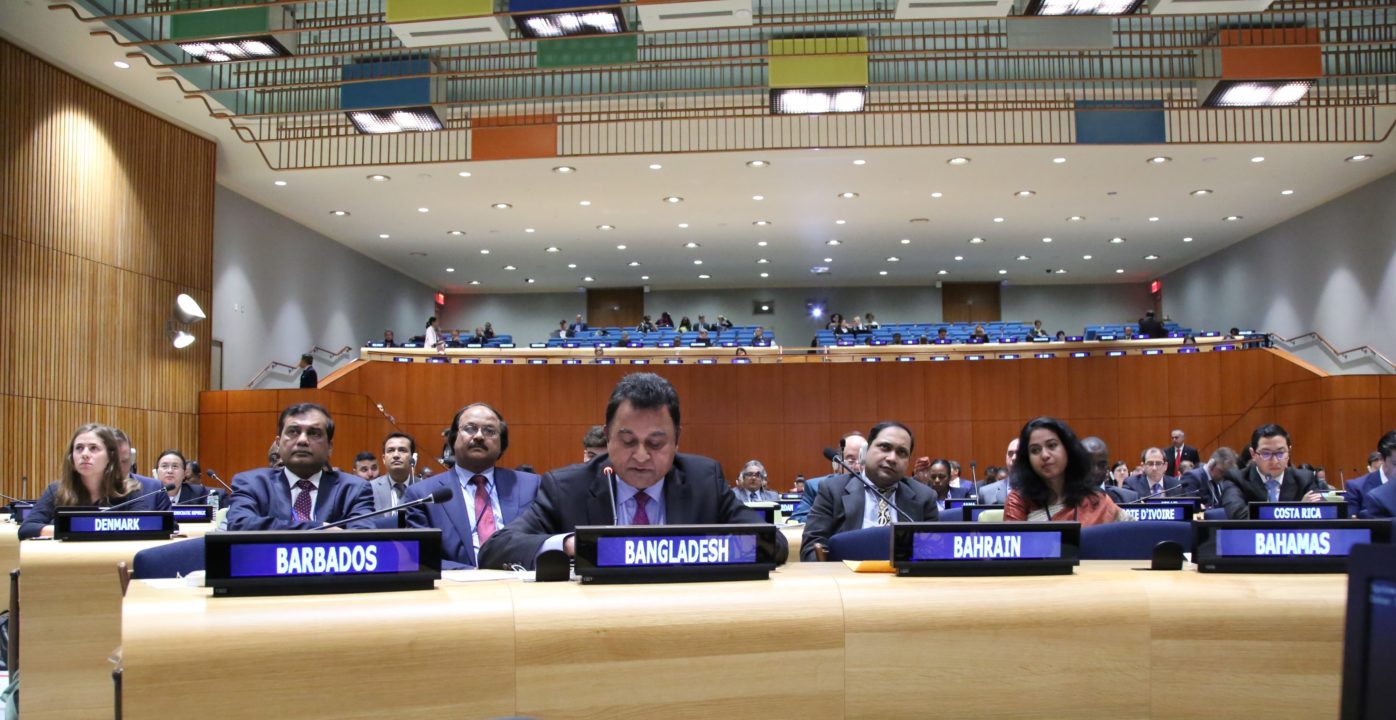 Today, Finance Minister of Bangladesh A H M Mustafa Kamal MP urged the collective efforts of the international community to save the planet. The Minister made this call at the General Debate of the ECOSOC Forum on Financing for Development (FFD) at the UN Headquarters. In this context, he said that Bangladesh had contributed nothing to the climate change although this phenomenon is hugely impacting its development efforts.

The Finance Minister also urged the international community to revisit the policy to extend support measures to the graduating countries in the initial stages in order to help them to enjoy and maintain a smooth and sustained graduation. Mentioning the visionary leadership of Prime Minister Sheikh Hasina for achieving sustained graduation, Finance Minister A H M Mustafa Kamal said, “Graduation from the LDC category has been our national aspiration and Bangladesh has been making fast strides to achieve sustainable development articulated in its national Vision 2021 and Vision 2041.

“We are a nation of 160 million people with a common dream of transforming the country into ‘Sonar Bangla’ –‘a developed nation’ by 2041 following the aspiration of our founding Father of the Nation, Bangabandu Sheikh Mujibur Rahman” the Minister added.

Mentioning that the forcibly displaced Rohingya from Myanmar are putting a considerable stress on Bangladesh’s development, the Minister emphasized on their sustainable repatriation to their homeland. He also urged the international community to come forward for the permanent solution of this crisis.

The UN Secretary-General, President of the General Assembly, Ministers from members states, high-level officials from ministries of finance, foreign affairs and development cooperation, Executive Directors of the World Bank and IMF, as well as senior officials from the UN system, including the major stakeholders, and other international organizations, Civil society organizations, the business sector and local authorities were participated at the 4th FFD forum being held in New York.