Screening of Docu-Fiction film “Jonmobhumi” on the Rohingya issue at UNHQs. 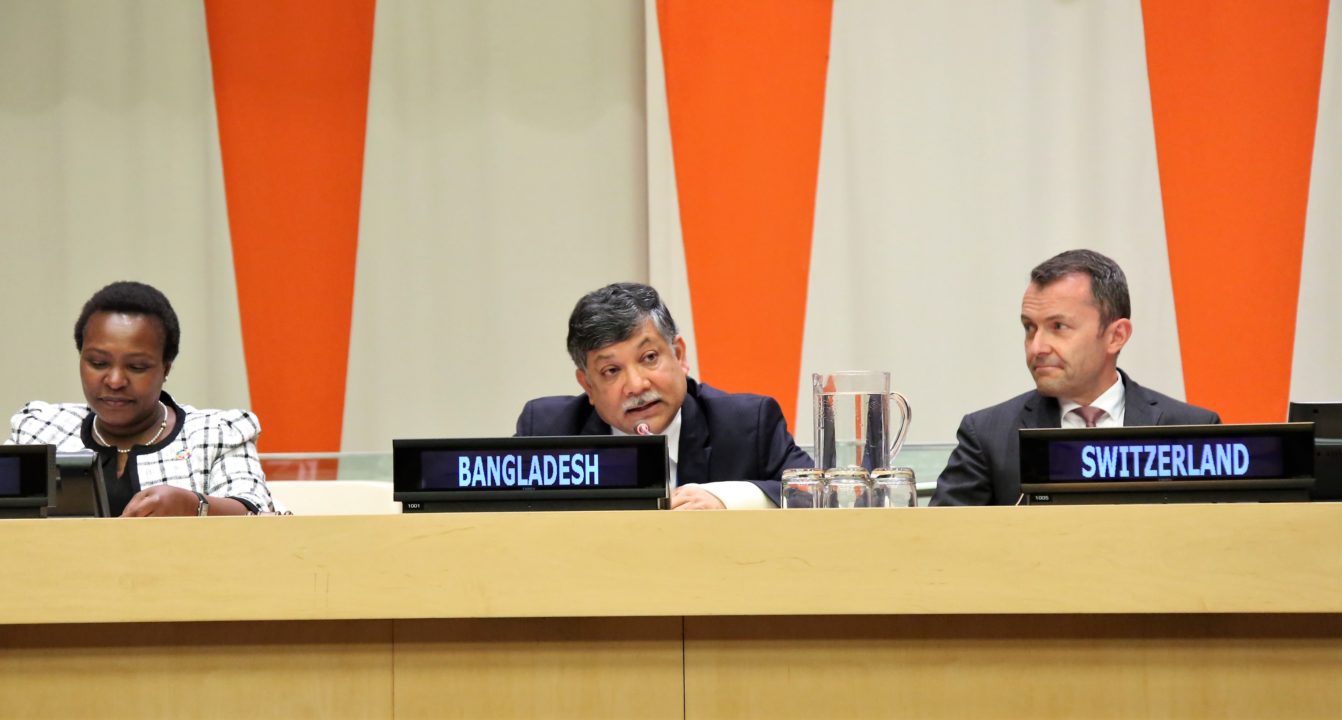 In commemoration of World Refugee Day, Permanent Mission of Bangladesh to the UN today hosted the screening of a docu-fiction film on the forcibly displaced Rohingyas residing in the camps in Cox’s Bazar. This event, held at the United Nations headquarters, was co-sponsored by the Permanent Mission of Kenya to the UN and United Nations High Commissioner for Refugees (UNHCR). The film titled “JonmoBhumi” or “The Birthland” is a life story of a Rohingya woman named Sophia, who was forced to flee her homeland, the Rakhine state of Myanmar, to escape atrocities. Sophia’s dilemma-whether to return to her birth-land to give birth of her child, or remain in the camps in Bangladesh, was vividly captured in the film. The persecution Rohingyas faced in Rakhine State, their conditions in the camps and Sophia’s determination and resilience are some of the film’s main take aways. The film was directed by Proshun Rahman and produced by Ashik Rahman under the banner of Bengal Multimedia.

Ambassador Lauber presented the Swiss perspective about protracted refugee crises in the world. He also spoke about Switzerland’s cooperation and aid to the Rohingya refugees.

Ambassador Grignon mentioned the Global Compact for Migration as a tool for multilateral cooperation in achieving a sustainable solution to the worldwide humanitarian crises arising from displacement. Arjun Jain spoke on the world refugee crises, and UNHCR’s role in addressing them.

Thirteen year old Suzan Koch sought the cooperation of international community to resolve the Rohingya crisis. Ashik Rahman spoke on the making of the film as well as Prime Minister Sheikh Hasina’s role in providing humanitarian support to the Rohingyas.