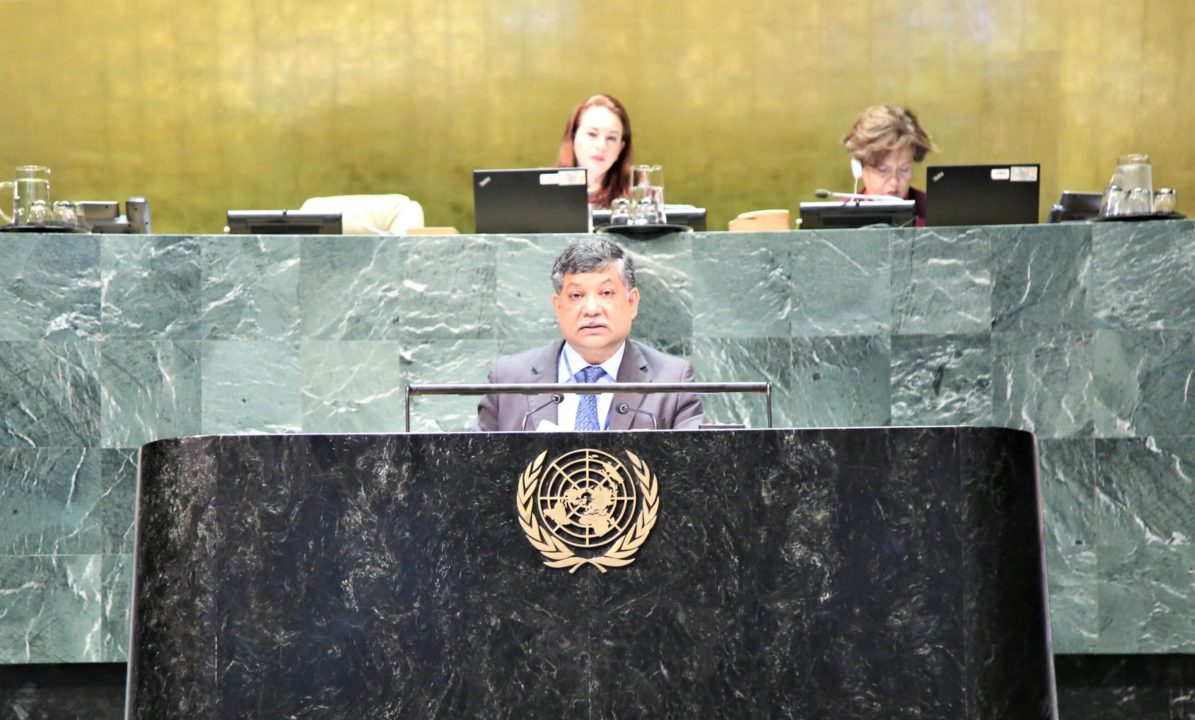 Today, the Permanent Representative of Bangladesh to the United Nations Ambassador Masud Bin Momen urged the UN’s member states to utilize the notion of ‘Culture of Peace’ for attaining Agenda 2030. He was delivering the country statement at the General Debate of the UN High Level Forum on the ‘Culture of Peace’ commemorating of its 20th Anniversary at General Assembly Hall of UNHQs convened by the President of the 73rd General Assembly (PGA) Ms María Fernanda Espinosa Garcés.

Ambassador Masud stated, “We are happy that this notion has now matured into a dominant theme at the UN with widespread resonance. It is noteworthy that in recent years a number of new resolutions have been adopted under this agenda item”. He further added, “We should now engage ourselves to see how best we can utilize the notion to attain Agenda 2030 and even beyond that to sustain the relevance of this agenda”.

Flagging the quest ‘leave no one behind’ in the pursuit to attain the Sustainable Development Goals, the PR said, “In Bangladesh, Prime Minister Sheikh Hasina has kept people at the centre of our development. Due to her efforts in alleviating factors of conflict like poverty eradication, economic upliftment Bangladesh has experienced much less conflict from within and maintained a peaceful coexistence with her neighbours”.

The President of the General Assembly (PGA) Ms María Fernanda Espinosa Garcés chaired the event and delivered the opening remark. Nobel Peace Prize Laureate Ms Leymah Gbowee shared solidarity message and King of the Ashanti people of Ghana his Royal Majesty Otumfuo Osei Tutu II spoke as a keynote speaker at the event. A classic musical interlude was presented during the opening ceremony by two famous expatriate Bangladeshi artists Ustad Morshed Khan (setar) and Tapan Modok (tabola) which was highly appreciated by the participants. Member States delivered national statements afterward at the plenary segment. A panel discussion was held in the afternoon at Trustee Council Chamber. The PGA also delivered the closing remark to conclude this daylong event.