General Assembly President wraps up his visit to Bangladesh 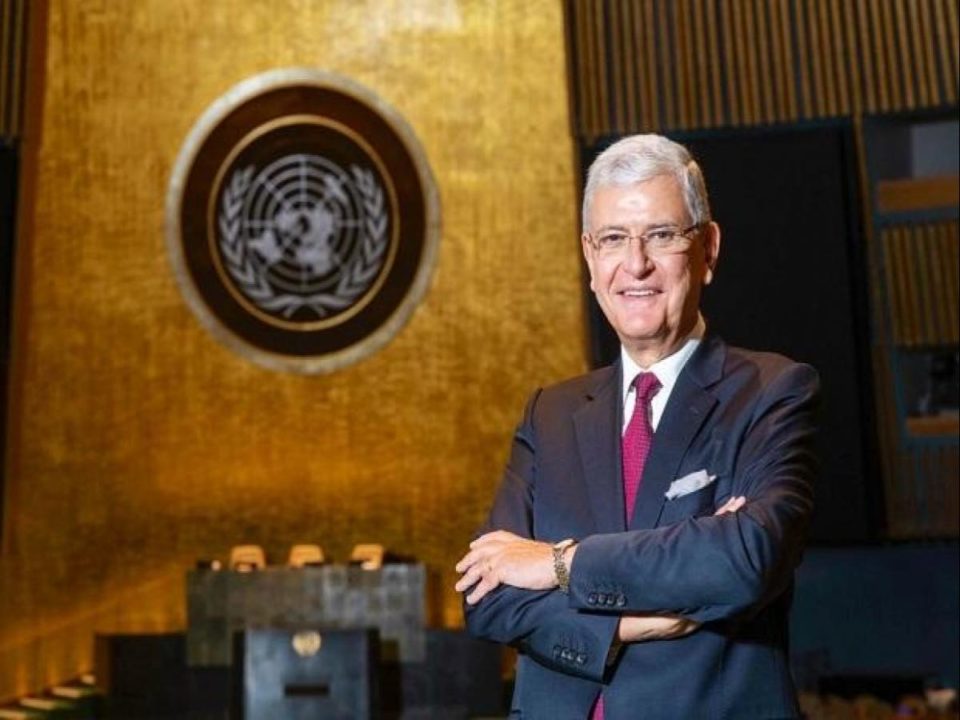 The President of the 75th session of the United Nations General Assembly, H.E. Mr. Volkan Bozkır, paid an official visit to Bangladesh on 25-26 May 2021, upon invitation of the government.

On 25 May, President Bozkır was received in Dhaka by H.E. Ms. Sheikh Hasina, Prime Minister of the Government of the People’s Republic of Bangladesh. They discussed the plight of the Rohingya people, the situation in Myanmar, the impact of climate change, the importance of human-centred development, gender equality and women’s empowerment, culture of peace and peacekeeping.

The President also met separately with H.E. Mr. AK Abdul Momen, Minister for Foreign Affairs. The topics of discussion included the situation of the Rohingya, climate change, the COVID-19 response, LDC graduation, South-South Cooperation, and the 2030 Agenda for Sustainable Development.

Following this bilateral meeting, the President engaged in a joint press briefing together with the Minister of Foreign Affairs.

While in Dhaka, President Bozkır also delivered the sixth lecture of the Bangabandhu Lecture Series at the Foreign Service Academy of Bangladesh, which was focused on Bangladesh and the United Nations. This event was hosted by the Minister of Foreign Affairs of Bangladesh.

To round off the day, the President met with the UN Country Team in Bangladesh, led by Resident Coordinator Mia Seppo. Here he received a brief from the representatives of the UN agencies on the crucial work of the United Nations in Bangladesh.

On 26 May, the President travelled to Cox’s Bazar, where he met with the representatives of the Rohingya people. He was joined there by Mr. Shah Rezwan Hayat, Refugee Relief and Repatriation Commissioner, Ms. Mia Seppo, UN Resident Coordinator in Bangladesh, and camp authorities.

In his interactive interaction with the Rohingya representatives, the President emphasized that the world has not forgotten the plight of the Rohingya people and that the United Nations General Assembly is determined to ensure a better future for them.

Thereafter he received a briefing on camp management from the Refugee Relief and Repatriation Commissioner and camp authorities.

Following this, the President surveyed the camp from an aerial position at the watch tower of Camp-8W.

Thereafter President Bozkır visited Camp 9 which was impacted by recent fires, met with healthcare workers and inspected facilities at the Turkish Field Hospital there.

The President of the General Assembly then returned to Dhaka before departing for Islamabad.