Statement by His Excellency Dr. A. K. Abdul Momen, MP, Hon’ble Foreign Minister at the High-Level Plenary Meeting of the General Assembly to commemorate and promote the International Day for the Total Elimination of Nuclear Weapons Tuesday, 28 September 2021 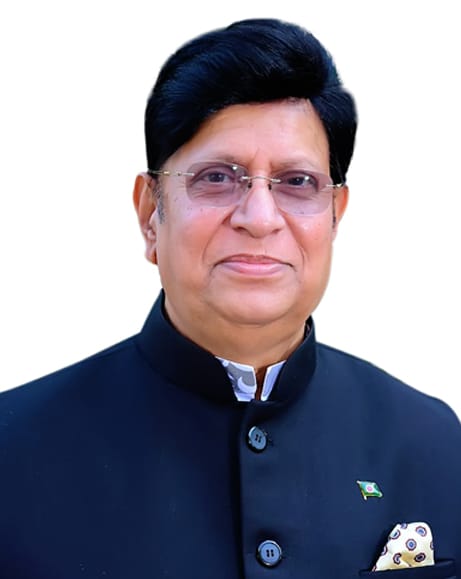 I thank the President of the General Assembly for convening this meeting. Let me also thank the Secretary-General for his participation and valuable remarks. Bangladesh aligns itself with the Statement delivered by Azerbaijan on behalf of the Non-Aligned Movement.
Mr. President,
Born out of the horrors of the Second World War, the UN envisioned a world free of nuclear weapons in its very first resolution. 75 years have since passed. Yet, our present and future generations continue to live under the specter of nuclear catastrophe. The international community must be united against the perpetual holding of nuclear weapons by a handful of states in total disregard of the safety and security of humanity.

Mr. President,
Bangladesh is committed to general and complete disarmament-an obligation embedded in our Constitution. Father of our Nation Bangabandhu Sheikh Mujibur Rahman, in his historic maiden speech at the UN General Assembly in 1974, made a clarion call to free the world from the scourge of nuclear war. That forms the cornerstone of Bangladesh’s total and unwavering commitment and adherence to nuclear disarmament. Our position towards nuclear weapons is unambiguously clear. We believe that these weapons secure no one; instead, they endanger everyone’s security. Hence, the ultimate guarantee of security lies only in the total elimination of nuclear weapons. Bangladesh has always assumed higher obligations under all
major multilateral disarmament treaties. We are also among the first 50 countries that have ratified the Treaty on Prohibition of Nuclear Weapons.

Mr. President,
Today, as we commemorate the International Day for the Elimination of Nuclear Weapons, I would like to flag a few points:

First, the world must unequivocally reject the use of nuclear weapons but support the peaceful use of nuclear technology for the benefit of humankind.

Second, as long as there remain nuclear weapons at the hands of some states, so remain the motivation for others to acquire them. There also remains a risk of use of these weapons either by accident or by design. The grave danger of falling of these weapons into the hands of the terrorists cannot be overlooked. Therefore, the total abolition of nuclear weapons is the only safeguard and should be pursued with urgency.

And finally, the Covid-19 pandemic has shown that stockpiles of weapons are no defense against invincible enemies. The pandemic has reinforced our belief that arms races do not save lives. States should cease senseless investments in non-productive armament purposes and instead re-direct the world’s finite resources to address climate change, achieve the SDGs, and promote peace and stability.

Mr. President,
The elimination of nuclear weapons requires collective action, strong political will and determination. On this international commemoration day, let us recommit to strengthen our efforts towards the goal of a peaceful and nuclear-weapons-free world. Bangladesh stands ready to work together with the international community towards that goal.
I thank you