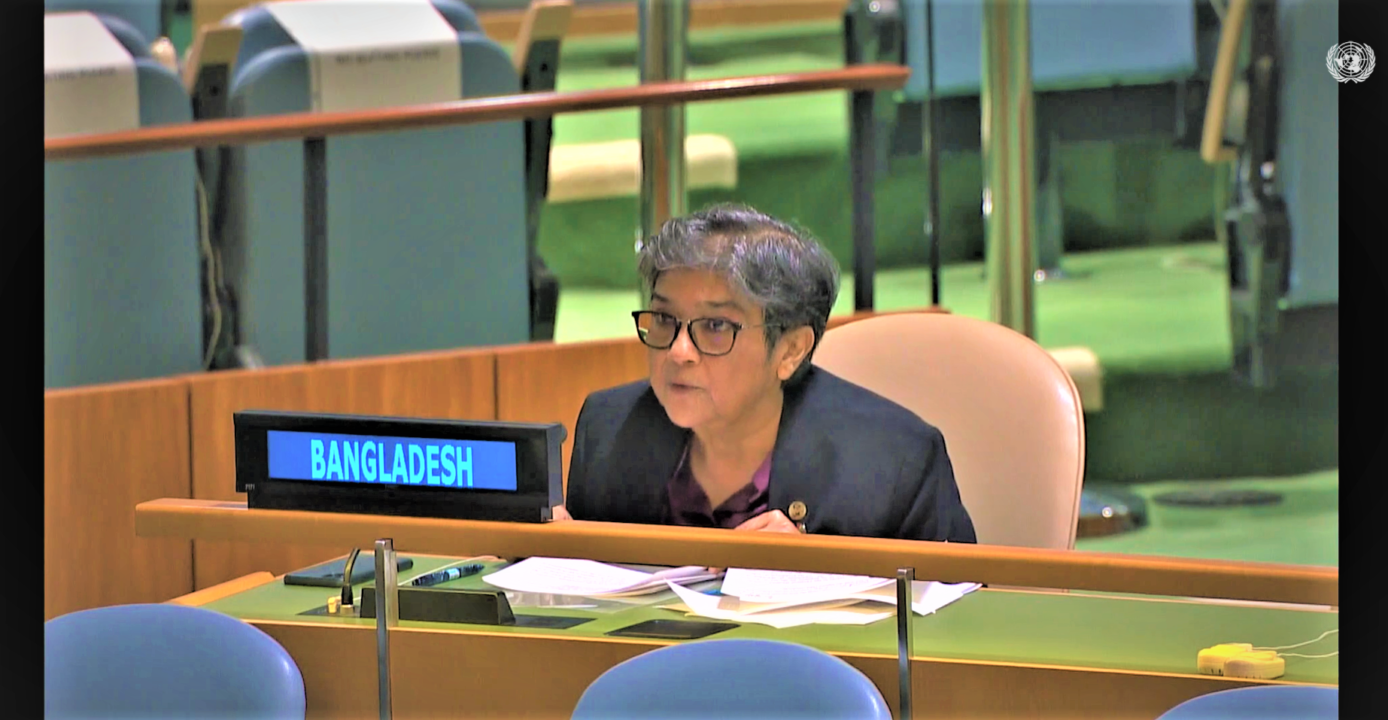 Bangladesh aligns itself with the statement delivered by the Islamic Republic of Iran on behalf of the Non-Aligned Movement (NAM). I would like to make some additional comments in my national capacity.

We thank the Secretary General for his reports and  take note of the important recommendations made there.

The various forms of allegations included in the report, including those of sexual exploitation and abuse, corruption, fraud and other forms of misappropriation of funds are deeply troubling. Such allegations must be addressed without delay to make sure that the perpetrators do not go unpunished. This is critically important for the credibility and integrity of the United Nations and its field missions.

We commend the UN for its zero-tolerance policy for crimes committed by its officials and experts on mission, especially those involving sexual exploitation and abuse. We welcome the steps taken to provide training on standards of conduct, including through pre-deployment and in-mission induction training and awareness-raising programmes, as well as, the technical assistance offered to the States in developing their domestic criminal laws, at their request.

As the top TPPCC, with nearly 7000 personnel deployed in various peacekeeping operations, Bangladesh takes the issue of criminal accountability of UN officials and experts on missions very seriously. We maintain a ‘zero tolerance’ policy on any allegations of misconduct against our peacekeepers, including the allegations of sexual exploitation and abuse.

We have in place various policy measures that include both punitive and preventive actions, to address the issue of sexual exploitation and abuse. Any allegation of misconduct is addressed with utmost urgency, and stern disciplinary actions are taken against the individual, if proven guilty. Command channels are also made accountable for such allegations against any member of the contingent.

During pre-deployment training, our peacekeepers are made aware of possible repercussions for lapses or acts of sexual exploitation and abuse and other crimes. We have developed customized training module taking into account the unique cultural settings of different field missions.

Although a lot has been done across the UN system to ensure criminal accountability of UN officials and experts on mission, the menace of sexual exploitation and abuse as well as other misconducts still continue to take place. To reinforce our common pledge to eliminate this scourge, we need to do more. Allow me to share a few points in this regard:

First, prevention is always better than cure. The UN system as well as the member states with personnel deployed or employed in the UN and in the expert missions need to invest more in preventive measures. In this regard, developing customized training modules for in-mission and pre-deployment trainings, including refresher trainings, is important. Equally important is to ensure access to those training materials, especially including in the native languages.

Second, it is important to harmonize the standards of investigation of such crimes allegedly committed by United Nations officials and experts on mission. In this regard, regular exchange of information and sharing best practices among the stakeholders is important. We note with appreciation various measures taken by the UN to that end, including by providing a platform for discussion.    But more can be done.

Third, It is important extreme caution should be taken to ensure confidentiality of the communications regarding allegations of misconduct in order to avoid unfair stigmatization of the persons concerned, especially when the allegations are yet to be proven beyond reasonable doubt.

Fourth, the responsibility to ensure criminal responsibility of UN personnel and experts in mission is mutual. We encourage all sides to cooperate with each other including by making available timely information and other materials required in the investigation and in the criminal proceedings.  In this regard, the UN’s support to the member states in developing or adjusting their domestic criminal law system would be important.

Finally, while addressing this issue of criminal accountability, we must give utmost importance to the centrality of the rights and protection of victims. As a manifestation of our victim-centric approach, Bangladesh made a voluntary contribution of an amount of 100,000 US dollars to the Trust Fund established by the Secretary General. We would like to see enhanced measures to support the victims of misconduct in coordination with the State of the victim’s nationality.

To conclude, Madam Chair, we reiterate Bangladesh’s unwavering commitment to upholding the image, integrity and credibility of the UN as an organization. To that end, we would like to assure you of our full cooperation to the United Nations to ensure implementation of relevant resolutions on the criminal accountability of the UN officials and experts on Missions as well as other national officials on Mission.

I thank you, Madam Chair.