Statement by Her Excellency Sheikh Hasina, Hon’ble Prime Minister of Bangladesh at the 26th Session of the Conference of the Parties (COP26) of the United Nations Framework Convention on Climate Change (UNFCCC), 01 November 2021, Glasgow, UK 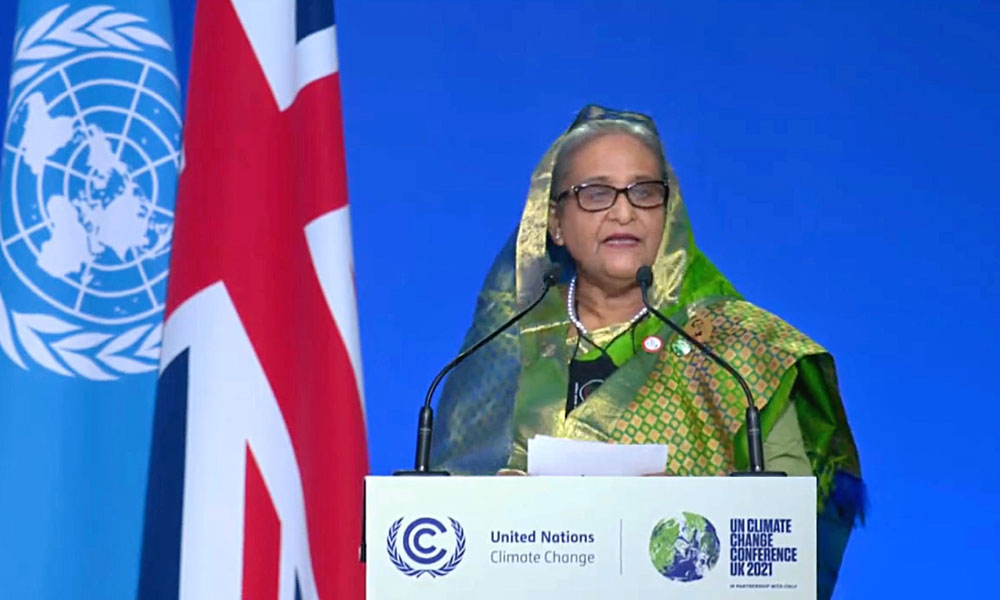 President of the COP26

Hon’ble Heads of State and Government,

Assalamu Alaikum, and a very good afternoon to you all.

I express my sincere thanks to the Government of the United Kingdom for hosting the COP26.

First, the major emitters must submit ambitious NDCs, and implement those.

Second, developed countries should fulfill their commitments of providing 100 billion dollars with a 50:50 balance between adaptation & mitigation. There must be synergies amongst various climate funds;

Third, the developed countries should disseminate clean, green, and advanced technology to the most vulnerable developing countries at affordable costs. The development needs of the CVF countries also need to be considered.

Fourth, the issue of loss & damage must be addressed, including global sharing of responsibility for climate migrants displaced by sea-level rise, salinity increase, river erosion, floods, and draughts.

Finally, we need a “common global commitment” for leaving a healthier planet for our future generation.

I thank you all