Statement by Mr. Md. Monwar Hossain, PhD, Deputy Permanent Representative of Bangladesh to the United Nations in New York at the Plenary Meeting of the Special Committee on the Charter of the United Nations and on the Strengthening of the Role of the Organization, CR-2, 76th UNGA, New York, 10:00 am 22 February 2022 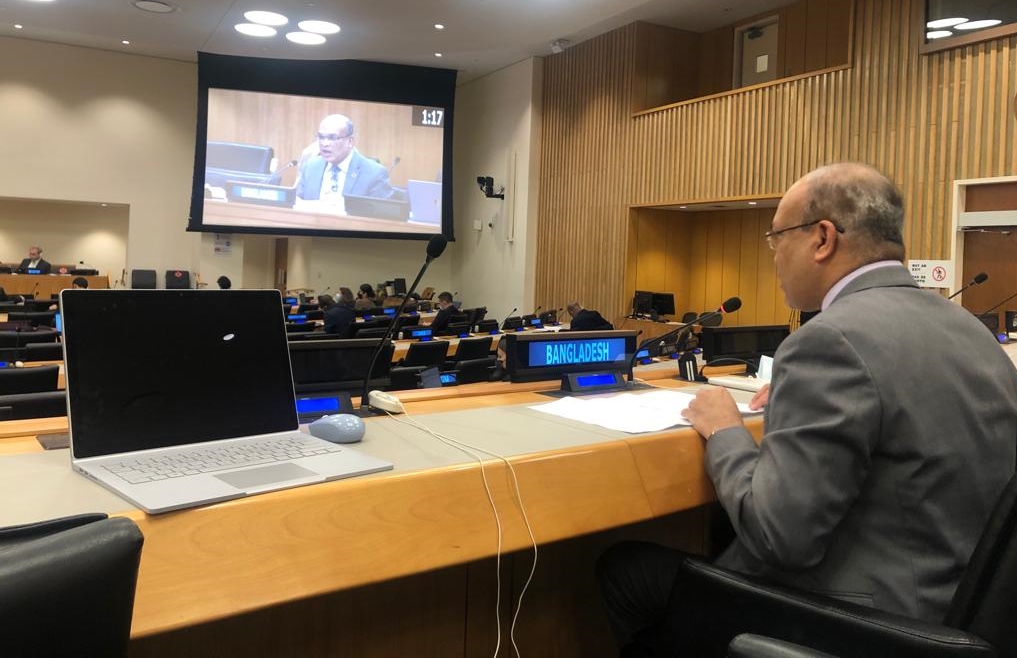 As I am taking the floor for the first time, I warmly congratulate you on your election as the Chair of the Special Committee for 76th Session of the General Assembly. Bangladesh aligns itself with the statement delivered by the Islamic Republic of Iran on behalf of the Non-Aligned Movement (NAM). Allow me to make a few additional comments in my national capacity:

First, we take note of the 2021 Report of the Special Committee A/76/475 and the corresponding report of the Secretary-General A/76/223.  We commend the efforts of the Special Committee in strengthening the role of the United Nations including Repertory and Repertoire of the Practice of its various organs. We take note of its continued consideration of proposals concerning the question of the maintenance of international peace and security in all its aspects in order to strengthen the role of this Organization.

Second,.  To avoid duplication of mandate among the Security Council, the General Assembly and the Economic and Social Council, there is a need to achieve the right balance among the functions and powers of these three principal organs of the United Nations. We believe the Special Committee could be an appropriate forum for examining the legal aspects of those issues, without duplicating the efforts being made in other forums of the United Nations.

Third, on the implementation status of the provisions of the Charter of the United Nations related to assistance to third States affected by the application of sanctions, we appreciate the findings of the Secretary-General’s report A/76/186. In this regard, we take note of the fact that the shift from comprehensive to targeted sanctions has minimized unintended consequences of sanctions on the Third States.

Fifth, the Manila Declaration was the first instrument adopted by the General Assembly as a result of the work of the Special Committee. It is a landmark declaration on the peaceful settlement of international disputes, building upon the Charter of the United Nations. As we will mark the fortieth anniversary of the Manila Declaration this year on 15 November 2022, it would be an excellent opportunity for us to reiterate our commitment to the means of peaceful settlement of international dispute.

In conclusion, my delegation reaffirms its unwavering commitment for the full implementation of the resolution A/RES/76/115 and mandate of the Special Committee.

I thank you Chair.