H.E. Ambassador Rabab Fatima with the ‘Politically Speaking’, the online magazine of the United Nations Department of Political and Peacebuilding Affairs. 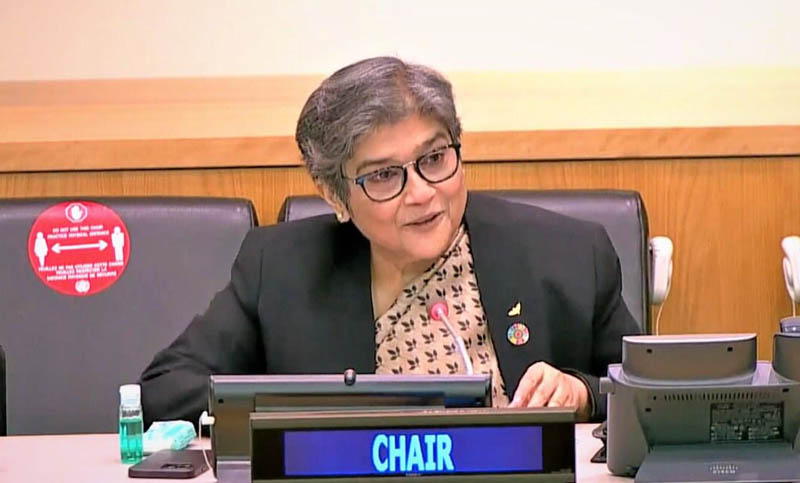 Ambassador Rabab Fatima, Permanent Representative of Bangladesh to the United Nations, was elected in February 2022 as the Chair of the 16th session of the Peacebuilding Commission (PBC), the body established in 2005 by the General Assembly and the Security Council to support peace efforts in countries emerging from conflict. We spoke to Fatima, the first woman to head the PBC, about the Commission’s priorities for the rest of the year.

Can you briefly describe your vision for the PBC in 2022?

Rabab Fatima: We are going through a challenging time. Deadly conflicts, extremist militant attacks and political instability observed in different parts of the world continue to undermine our efforts to build and sustain peace, and often risk reversing the gains that the Commission has for years supported to achieve. On top of that, the economic impacts of the COVID-19 pandemic are exacerbating inequality and polarization in most of the contexts where the PBC engages.

As the Chair, my top priority now is to ensure that the PBC continues to deliver effective and impactful support to the increasing number of countries that come to us and request for our engagement.

I plan to follow a demand-driven and consultative approach, to ensure that the PBC responds to the real needs on the ground. Keeping that in mind, I held, for the first time, an open consultation with the member States to develop and finalize this year’s programme of work. I would also like to prioritize consultations with all relevant stakeholders, especially those engaged in actual operations on the ground to ensure maximum impact.

Take the case of the PBC meeting on the Sahel that took place on 22 March. With support from the Department of Political and Peacebuilding Affairs (DPPA), extensive consultations have taken place with local and regional representatives in the Sahel and international partners. Building on a Food and Agriculture Organization (FAO)/International Organization for Migration (IOM) cross-border initiative on transhumance in the Sahel region, which has been successfully implemented with Peacebuilding Fund (PBF) support under the auspices of the United Nations Integrated Strategy for the Sahel, the meeting created an opportunity to generate additional political, technical, and financial support for specific climate change initiatives in the region, where tensions between farmers and herders are exacerbated by the adverse impacts of climate change, which, at times, often trigger forced population displacement.