Statement by H.E. Mr. Muhammad Abdul Muhith, Permanent Representative of Bangladesh to the United Nations in New York at the panel discussion on “Safe participation of victims of terrorism in criminal justice processes” during the High-Level Meeting on the United Nations Global Congress of Victims of Terrorism, 9 September 2022, Conference Room-1, United Nations Headquarters 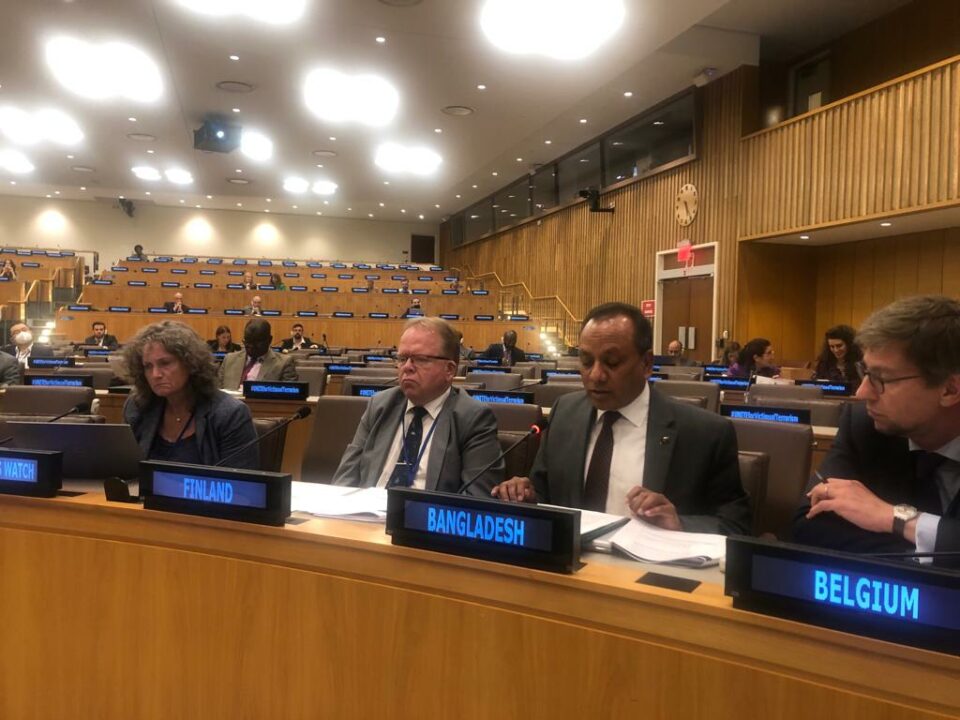 Thank you, Mr. Moderator. I also thank all the panelists for their insightful remarks.

Allow me to share a few points in this regard:

First: addressing the legislative gaps – adequate legal framework is the first step to ensure participation of victims in criminal justice process. Attention needs to be given to the safety and protection of the victims and witnesses – especially women and children during and after the justice process. Equally important is to prevent reprisals and intimidation.

In this regard, we welcome the launching of the Model Legislative Provisions developed by UNOCT, IPU and UNODC in 2022 which aim to review of existing laws and procedures related to victims of terrorism and to develop legislation where no legislation exists.

Second: the criminal justice system has to be sensitive to the mental and physical conditions of the victims in order to ensure that while participating in the justice system, they are not faced with revictimization or secondary radicalization.

This can be done by providing sufficient training and capacity building of the investigators and court officials. Use of technology could also be used in ensuring privacy and dignity of the victims of terrorism and the families.

Third: International cooperation is critical for ensuring justice to the victims, especially in the areas of mutual legal assistance and extradition of suspects and sentenced terrorists.

In Bangladesh, our Prime Minister Sheikh Hasina herself has suffered from multiple acts of terrorism including the infamous grenade attack of 21st August 2004 on a rally that claimed 24 lives. Unfortunately, most of the convicts remain fugitives. We need an internationally binding instrument to advance cooperation in the field of exchange of convicted criminals in the interest of protecting victim’s right to justice.

Before I conclude, I once again thank the Office of the Counter Terrorism for convening this, Congress. We fully support the proposal of USG Voronkov to hold an International Conference on the Victims of Terrorism every two years to monitor and better implement the rights and unique needs of victims of terrorism.