Statement by H.E. Ambassador Muhammad Abdul Muhith, Permanent Representative of Bangladesh to the United Nations in New York at the general debate on the report of the International Criminal Court, 31 October 2022, United Nations General Assembly, UNHQs 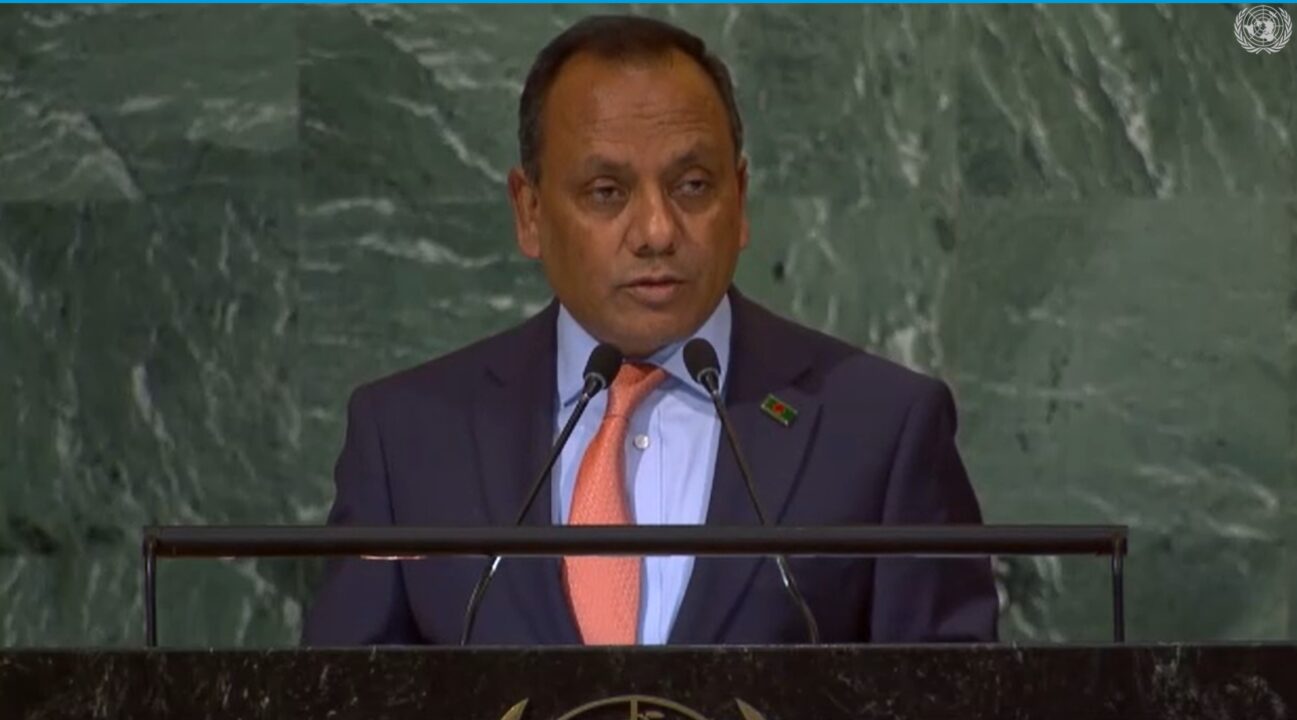 This year marked the 20th Anniversary of the entry into force of the Rome Statute of the International Criminal Court. As one of the principal global criminal justice institutions, we recognize the important role played by the Court in upholding justice and rule of law over the last 20 years.

As a party to party to Rome Statute, Bangladesh remains steadfast in its commitment to support the independent and impartial judicial nature of the Court. We also reiterate our commitment to uphold and defend the principles and values enshrined in the Rome Statute and to preserve its integrity.

My delegation takes note with appreciation the report presented by the President of the Court on its activities over the last reporting period. We acknowledge the efforts of the court to continue its functions during the reporting period despite various practical challenges.

As a member of ICC review mechanism, we note with appreciation the steps taken by the Court as part of the review process initiated by the Assembly of the State Parties during its eighteenth session aimed at strengthening the Court and the Rome statute system.

We believe, ensuring justice is critical for the resolution of global conflicts. We are more convinced of this having to bear the brunt of a conflict situation in our neighborhood which, as the Assembly is aware, forced over a million civilians to take shelter in Bangladesh.

Upon authorization by the Court, the ICC Prosecution is currently conducting an investigation into alleged crimes against humanity namely forced deportation of the Rohingya minorities from Myanmar to Bangladesh. As a state party to the Rome statute, Bangladesh is providing full cooperation to the Court and the Prosecution in connection with the investigation process, including access to the victims currently sheltered in Bangladesh.

We call upon Myanmar to cooperate with the International Criminal Court, so that the perpetrators of crimes committed against the Rohingya could be brought to justice. This investigation process could be an important confidence-building measure for the safe and voluntary return of Rohingya to Myanmar, who continue to remain concerned about their safety in Myanmar in the absence of any accountability of the perpetrators.

We also recognize the critical importance of ICC’s work in Palestine and appreciate its cooperation with relevant stakeholders including the civil society organizations.

The Trust Fund for Victims plays a critical role in responding to the harm suffered by victims as a result of crimes that come under the Court’s jurisdiction. We attach high importance to its mandate and efficiency, which is reflected in our contribution to the Fund as well. We take note with satisfaction that throughout 2021 and 2022, the Fund’s activities grew significantly.

We call upon the member States to enhance voluntary contributions to the Trust Fund for Victims in order to deliver on its reparation and assistance mandates.

The Court and the United Nations Security Council play complementary role to each other in addressing the gravest crimes of concern to the international community. The Council’s prerogative to refer a situation to the Court can help to promote accountability in situations where grave crimes may have been committed but the Court lacks jurisdiction.

The dialogue between the Court and the Security Council on matters of mutual interest, can be enhanced further, with a view to strengthening synergies between the mandates of both entities and further developing their working methods. In this regard we welcome the Prosecutor’s briefings to Security Council on different situations that are referred to them.

We stress that cooperation, assistance, and support of State parties to the Rome Statute as well as other States remain critical for discharging ICC’s mandate in a sustained and meaningful manner. In this regard, we support the efforts of ICC to enlarge its cooperation network in the region and join call of the Court to all State Parties to cooperate with its investigations, including Myanmar in this regard.

As a State Party, Bangladesh remains committed to promoting universality and full implementation of the Rome Statute. We suggest the Court to continue its outreach efforts including through seminars and other cooperation arrangements with relevant international and regional organizations to promote the universalization of Rome Statute agenda.

To conclude, we reiterate the need for upholding the solidarity among State Parties, and the integrity and credibility of ICC as the Court of last resort in the overarching interest of fighting impunity for the gravest crimes under international law under its jurisdiction.