Statement by Dr. Md. Monwar Hossain, Deputy Permanent Representative of Bangladesh to the United Nations in New York at the “plenary meeting–oceans and law of the sea: commemoration of the fortieth anniversary of the adoption and opening for signature of UNCLOS”, 08 December 2022, General Assembly Hall, United Nations Headquarters 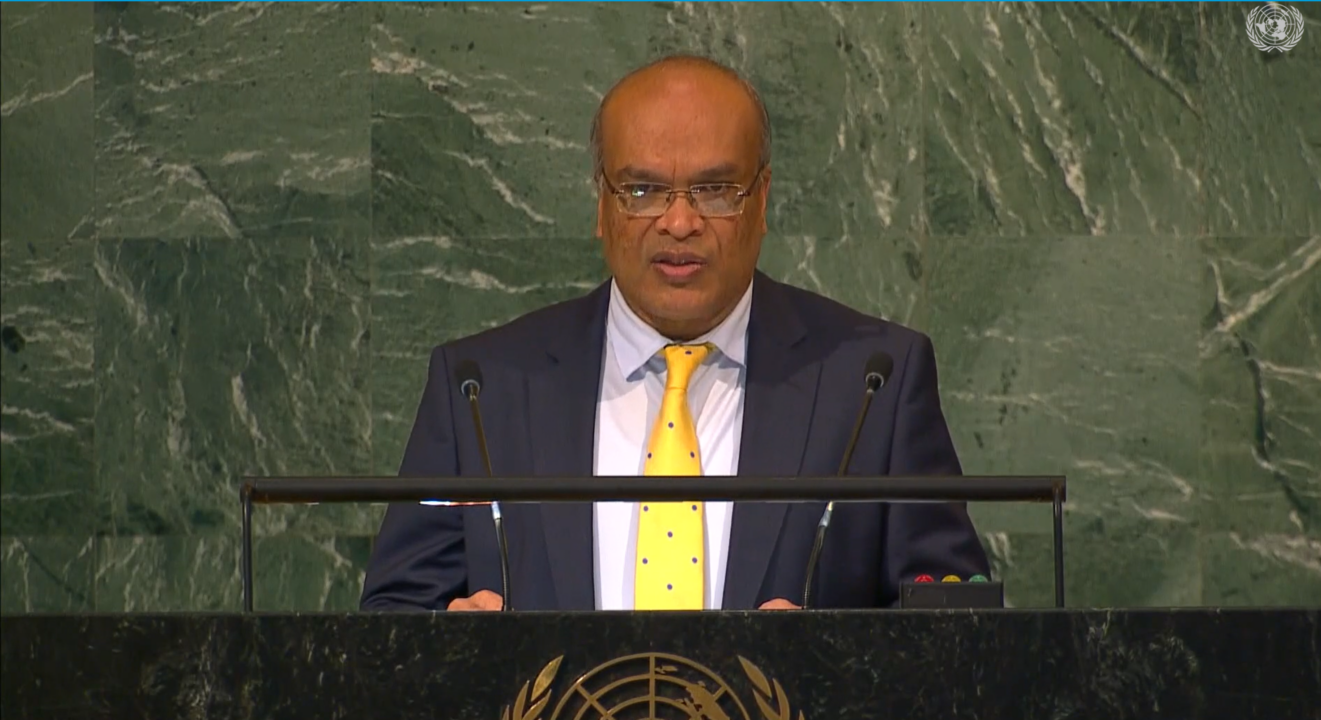 I thank you for convening this commemorative event and warmly congratulate all members of UNCLOS on this momentous occasion.

As we mark the 40th Anniversary of the adoption of the UN Convention on Law of the Sea today, it gives us the opportunity to reflect on how much we have achieved so far and what are the major challenges for the implementation of the Convention.

The adoption of the UNCLOS in 1982, was a landmark initiative under the auspices of the United Nations to establish a rule-based international order at ocean and sea. Over the last four decades, the Convention has successfully standardized states’ claims to maritime zones and the resources within them, and provided states with mechanisms for settling disputes in a peaceful manner. And this way, it has contributed to preventing conflicts over ocean and its resources around the globe.

The three key institutions created under UNCLOS namely ITLOS, CLCS, ISA are making significant contribution to the governance of ocean and sea with their respective mandates.  Since its adoption, a total of two additional instruments have been concluded under the Convention: the 1994 Agreement relating to the implementation of Part XI of UNCLOS and the 1995 Agreement relating to the Conservation and management of Straddling Fish Stocks and Highly Migratory Fish Stocks Agreement. Another important treaty namely BBNJ, is currently being negotiated under the auspices of the UNCLOS Convention.

UNCLOS bears critical importance for Bangladesh. Given the scarce land-based resources, we depend a lot on the ocean and seas for food, energy, and overall livelihood of our population. Much of our trade is carried over the seas. A significant number of Bangladeshi sea-farers are working around the world.

As an early member of the Convention, we are strong defender of the Convention and the obligations therein. Following our ratification of the Convention in 2001, we have taken significant efforts for its implementation. We have resolved our maritime boundary disputes with neighboring countries in accordance with Chapter XV of UNCLOS. We have submitted our claim for outer continental shelf in the Bay of Bengal as per the relevant provision of the Convention.  At the national level, we have enacted Maritime Zones Act and a comprehensive blue economy development work plan in conformity with the UNCLOS.

UNCLOS is the most successful multilateral instrument negotiated so far under the auspices of the United Nations for international cooperation at ocean and sea. However, today we face numerous constraints to the implementation of the Convention.

Climate change-induced sea-level rise has emerged as one of the most significant threats to the health of our ocean. Coastal erosion is worsening. Marine plastic litter and other types of marine pollution are increasing at an alarming rate. Unsustainable fishing, including illegal, unreported and unregulated fishing remains a great concern. A third of fish stocks are overexploited, marine biodiversity continues to decrease and approximately half of all living coral has been lost.  While progress has been made towards the achievement of some of the targets of Sustainable Development Goal 14, action is not advancing at the speed or scale required to meet all of the goals of the 2030 agenda for Sustainable Development.

The implementation of the Paris Climate Agreement and related instruments bear critical importance to address the adverse effect of climate change on ocean. The resolution adopted at the resumed session of the 5th United Nations Environmental Assembly at Nairobi earlier this year to launch an intergovernmental process to end plastic pollution to forge an internationally legally binding agreement by 2024 is a step in the right direction to check marine pollution. The early conclusion of the BBNJ agreement will be another important milestone in the conservation, protection and management of the marine environment beyond national jurisdiction under the preview of UNCLOS Convention. The renewed political commitment of the global leaders at the recently concluded Second UN Ocean Conference is expected to accelerate our efforts to save the health of our ocean. Above all, we need global solidarity more than ever in upholding the rule of law in the oceans as established by the Convention.

On this joyous occasion, we take this opportunity to call upon all remaining States to join the Convention to achieve its universality.