Statement by Dr. Md. Monwar Hossain, Deputy Permanent Representative of Bangladesh to the United Nations in New York under agenda item 72: ‘Oceans and Law of the Sea’, 77th Session of the United Nations General Assembly, 09 December 2022 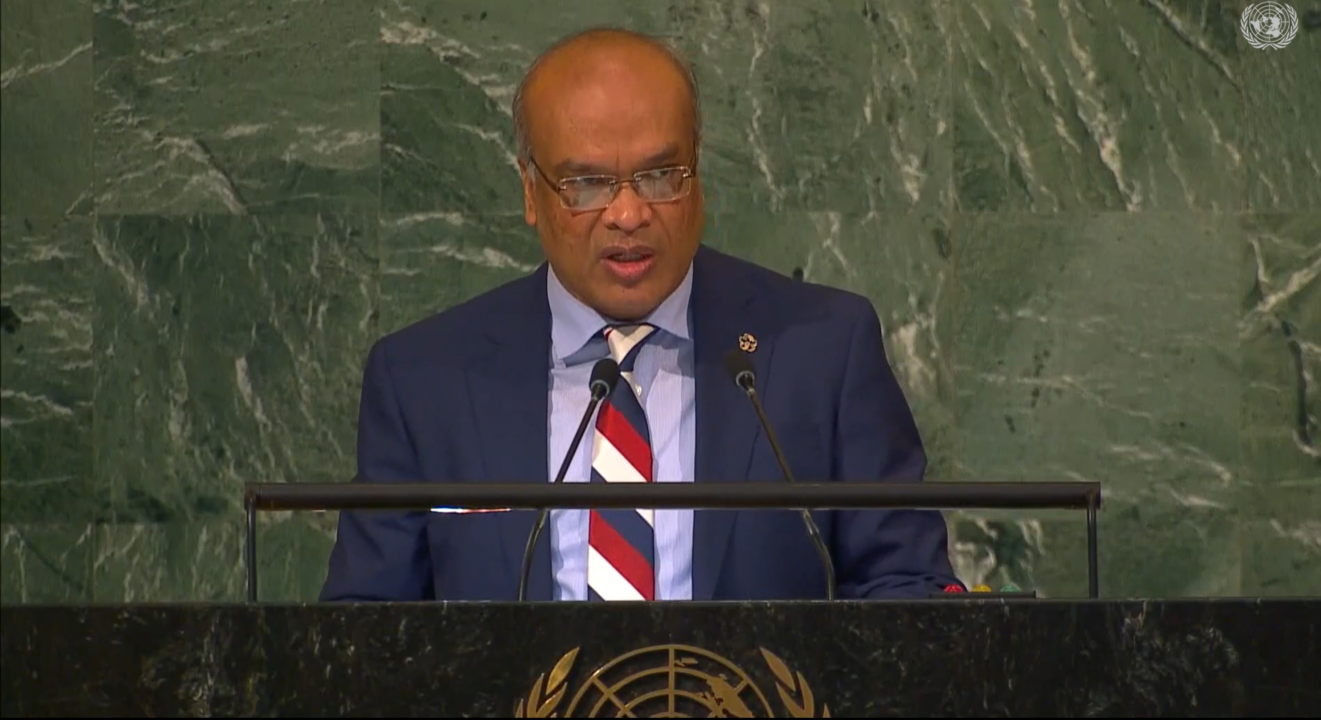 The significance of oceans for the survival of mankind is well-established. Covering more than 70 percent of the surface of the planet, it provides vital benefits to the global population. More than 3 billion people rely on the oceans for their livelihoods and over 80 per cent of world trade is transported by sea. However, today, ocean and its ecosystem are under severe threat from a wide range of pressures, including climate change, sea-level rise, unsustainable fishing, pollution, and oil and gas extraction.

We thank the UN Secretary-General for his report A/77/331. We also thank the coordinators for their excellent works in facilitating two resolutions under this agenda item. As part of its steadfast commitment to the obligations of the two resolutions, Bangladesh has once again cosponsored both of them this year.

As the one of the low-lying coastal countries in the world, Bangladesh attaches high importance to the health of the ocean. The climate induced sea-level rise may have devastating impact on the lives and livelihood of Bangladesh. One- meter sea-level rise can submerge approximately 40 percent of the southern part of Bangladesh resulting into internal displacement, food insecurity and economic loss.

However, Bangladesh has undertaken several initiatives to mitigate the adverse impact of climate change on the health of oceans. We are one of the first countries to sign and ratify the UNCLOS Convention. We have resolved our maritime boundary disputes with neighboring countries in accordance with Chapter XV of UNCLOS. We have also provided technical and scientific information to the Commission on the Limits of the Continental Shelf in support of our claim to the outer continental shelf in the Bay of Bengal according to the relevant provision of UNCLOS.

At the national level, we have updated our national legislation to bring it in conformity with UNCLOS. The newly enacted Maritime Zones Act and Blue Economy Development Work Plan of Bangladesh will ensure efficient utilization, conservation and scientific management of our marine resources.

The ocean is our global ‘commons’. Our common future will thus be significantly determined by the way we conserve, develop and tap into oceanic resources and services.  I wish to make a few points in this regard:

First, we recall that the theme of the 22nd Informal Consultative Process of the Ocean and Law of the Sea focused on ‘Ocean Observing’.

As climate-induced sea level rise is the gravest threat to the health of our ocean, an integrated global ocean observation system will play a critical role in addressing the adverse impact of climate change and ocean warming through the delivery of harmonized ocean information to decision makers at the local, regional and global level.

In this regard, we welcome the adoption of the Global Ocean Observing System Strategy to build a fully integrated global ocean observing system by 2030.  We hope this will serve as a full ocean observing value chain and offer free flow of required information for the end users.

Second, we commend the important work carried out by three bodies under UNCLOS namely the International Seabed Authority (ISA), International Tribunal for Law of the Sea (ITLOS) and Commission on the Limits of the Continental Shelf (CLCS) to support the ocean governance through their respective mandate.

However, we wish to express our concern with the current working method of the Commission on the Limits of the Continental Shelf, which has a long queue of pending submissions.

Bangladesh submitted the required technical and scientific data in support of its continental shelf beyond 200 nautical miles to the CLCS in 2011. The preparation of the submission entailed substantial financial and technical investments, which as an LDC was not an easy undertaking for us. Yet we prioritized the submission, and invested resources for its conclusion.

We also took measures to resolve our maritime boundary with our neighbors through the dispute settlement procedure prescribed by the UNCLOS. To give effect to this new development we made an amended submission, which was presented before the Commission on 02 March 2022 during its 54th plenary session.

However, we are deeply disappointed by the Commission’s decision of not to form a sub-commission for Bangladesh to settle the matter, given that the maritime boundary disputes of Bangladesh with its neighbors have already been resolved through the dispute settlement mechanisms established by the UNCLOS itself.  Thus, we believe that the Commission has a responsibility now to process the submissions by the State parties on their merit, and through strict adherence to the provisions of the Convention.

In this regard, I would like to flag another important matter. It is very difficult for Bangladesh to maintain the institutional memory of the scientific and technical data of submission for infinite period as data retaining technology are changing and our relevant experts are retiring. Therefore, we need a time-frame as to when Bangladesh’s turn may come for consideration.

We earnestly hope that CLCS would soon form a sub-commission to review the amended submission of Bangladesh. My delegation is ready to provide any information or clarification that the Commission may require in this regard.

Third, we express our grave concern to the loss of migrants’ lives at land and sea and in this regard, welcome the adoption of the Progress Declaration of the International Migration Review Forum by the UN General Assembly in order to ensure safe, orderly and regular migration.

Given the paramount importance of this issue, Bangladesh along with Turkey, El Salvador and Honduras came up with a specific proposal to include in the omnibus resolution and worked with all to reach a consensus text. But it is a matter of great disappointment that the proposal was not adopted lack of consensus.  Hope, we can work on it with broader support in the next year.

Fourth, women are significantly under-represented in ocean affairs. According to UNESCO, they account for only 38% of the world’s researchers in ocean science, and the rate is even lower for women from the developing countries.

In this regard, we welcome the launching of the Impact Group on Research and Oceans for Women by the International Gender Champions Network where Bangladesh is a proud member.

Fifth, to ensure a balance between the equitable and efficient utilization of ocean resources, the conservation of marine resources, and the protection and preservation of the marine environment, it is imperative to ensure early conclusion of the BBNJ agreement. We hope that the resumed 5th Session of the BBNJ scheduled to take place 20 February to 03 March 2023 in New York, will come up with the final text of the Agreement.

Sixth, Illegal, unreported and unregulated fishing remains one of the greatest threats to fish stocks and marine ecosystems and continues to have serious and major implications for the conservation and management of ocean resources, as well as the food security and the economies of many States, particularly developing States. It is important that all States urgently take all steps to prevent, deter and eliminate Illegal, Unreported and Unregulated Fishing.  We hope that the upcoming review Conference of the Fish Stock Agreement to be held in May 2023 in New York will provide opportunity for the political leaders to renew their commitment in this regard.

Finally, capacity building and transfer of marine technology remain crucial for the implementation of UNCLOS and related instruments, particularly for the Developing, Least Developed Countries and Small Island Developing States.  In this regard, we stress on the need for international cooperation at national, regional and global levels, to address, gaps in capacity-building and technology transfer in ocean affairs and the law of the sea.