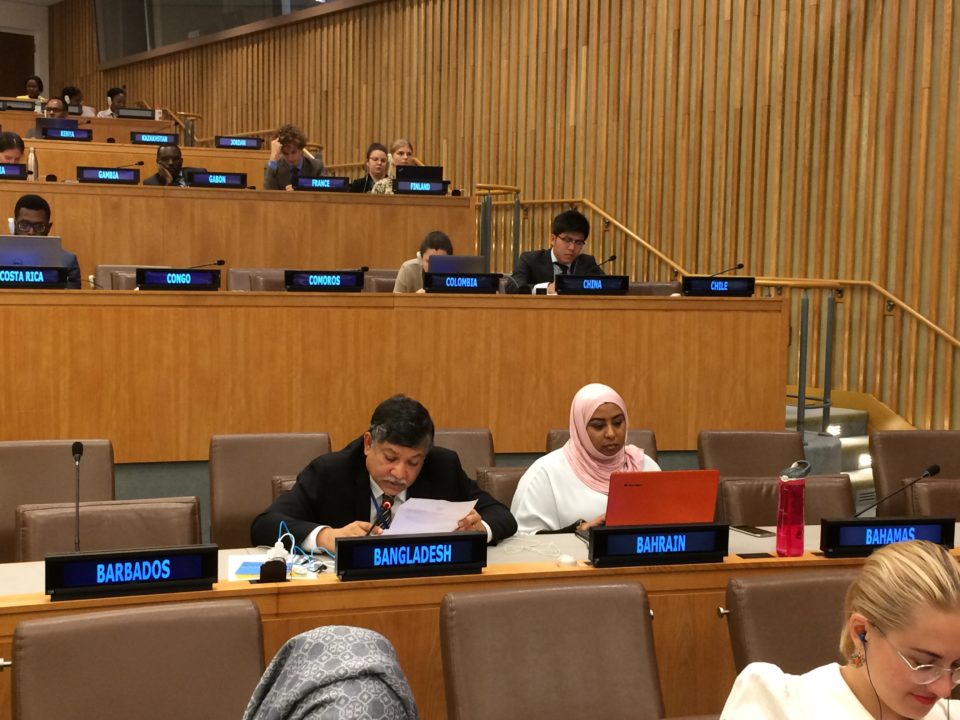 “Our Father of the Nation Bangabandhu Sheikh Mujibur Rahman had sown the seed of gender parity having rightly identified that without establishing equal rights of women with men in all spheres of the nationhood we cannot have desired level of social upliftment. His daughter, the present Prime Minister, also followed her father’s vision and put advancement of women at the heart of our development endeavours” –said the Permanent Representative of Bangladesh Ambassador Masud Bin Momen in his country statement at the Third committee’s discussion on ‘Advancement of Women’ under 73 UNGA at the UN Headquarters, today.

Mentioning the contributions of Prime Minister Sheikh Hasina as a world leader, the PR said, “She is one of the few world leaders who was present at the adoption of both the MDGs and the ‘2030 Agenda for Sustainable Development’, a unique example of successful and sustained woman leadership. She received a number of awards over the years in recognition of her efforts in women empowerment, the latest being the Global Women’s Leadership Award from Global Summit of Women 2018 in Sydney, Australia”.

In his statement the PR echoed three actions for women advancement that Prime Minister Sheikh Hasina suggested during the high-level week of 73rd UNGA. These are: 1) Overcome gender stereotypes regarding women’s ability; 2) Enhance women’s productivity; 3) Create equal opportunities for women in all sectors with gender responsive policy intervention.

Mentioning that women advancement in Bangladesh is also a constitutional stipulation, Ambassador Masud enumerated various measures taken by the present government to ensure the empowerment and well being of women. He said, “Around 20 million women are employed in agriculture, service and industrial sectors. Women constitute 80% of 4.5 million workers engaged in the largest export earning garments sector”. The Ambassador also mentioned several action plans for preventing Violence against Women and Children; ending Child Marriage; combating Human Trafficking which were adopted and implemented by the Sheikh Hasina Government. He said, “We are also mindful of bringing the marginalized and vulnerable section of womenfolk under social safety net programmes so that no one is left behind”.

The PR also highlighted some success stories of the women in Bangladesh. In this regard he said, “We have 72 women members in the current Parliament. In addition to the Prime Minister who is also the Leader of the House, the Speaker, the Deputy Leader and the Leader of the Opposition, all are women. We also have five women as members of the Cabinet. Bangladesh is perhaps the only country in the world today to have attained this level of political empowerment of women”.

In his statement, The PR reaffirmed Bangladesh’s commitment to contribute to the work of UN in advancing women issues as well.