UN General Assembly adopted Bangladesh’s resolution –“Culture of Peace” The 20th anniversary of the resolution will be celebrated next September. 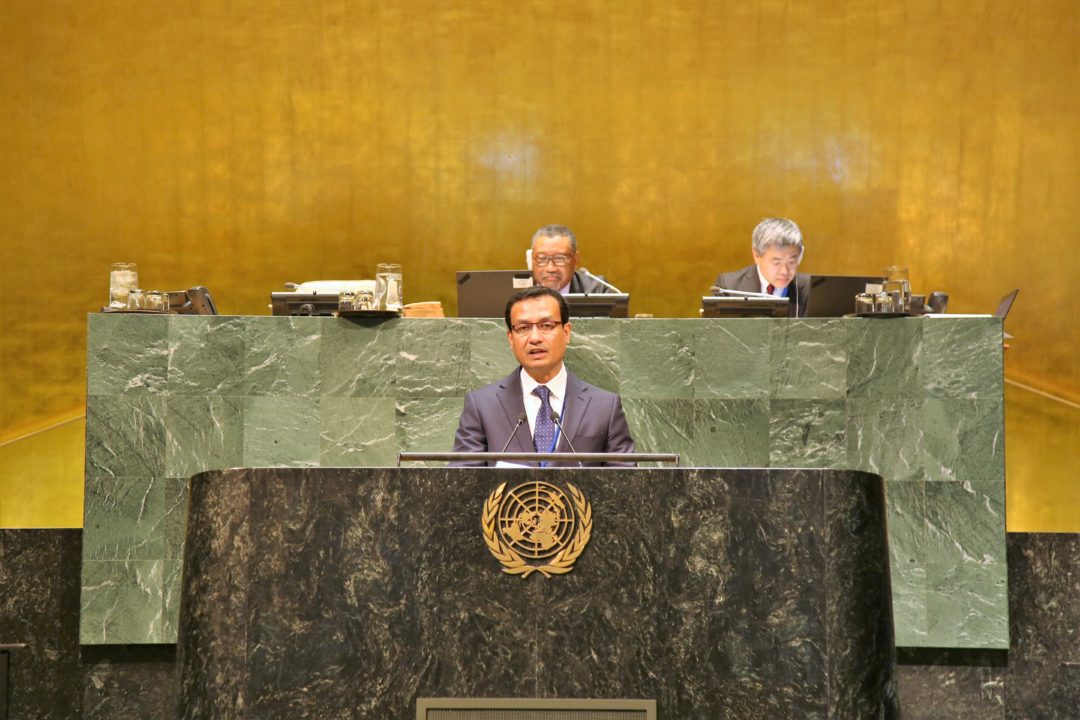 In his statement, DPR said, “Over the years Bangladesh remained committed to the values and principles enshrined in the UN Charter and worked alongside the international community in promoting and protecting peace. Government of Hon’ble Prime Minister Sheikh Hasina remains committed to the issue, and underscores the importance of a ‘whole-of-society’ approach in our national context for promoting a culture of peace”.

“We shall be celebrating the 20th anniversary of the adoption of the Declaration and Programme of Action on a Culture of Peace on 13 September 2019. To this end, the draft Resolution requests the President of the 73rd session of the General Assembly to give special attention to its appropriate and befitting observance by holding the High-Level Forum on that date next year, which will be an opportunity for renewing our shared commitment to further strengthen the global movement for the culture of peace”, he said.

The concept of ‘Culture of Peace’ as a General Assembly (GA) agenda was first mooted by Bangladesh in 1999. The whole world celebrated “Decade of Culture of Peace” following adoption of a resolution at the GA. The Permanent Mission of Bangladesh to the UN had been taking this follow-up resolution to the General Assembly every year since 2000, and each year it got adopted unanimously.

The main theme of this resolution is -if intolerance and hatred could be abolished from the society, the world would see lasting peace. This year the resolution recognized the contribution of a culture of peace towards combating terrorism as well as peacebuilding and sustaining peace; it also attached special importance to the role of the children and youth by engaging them more in promoting a culture of peace in the society inculcating values such as peace, tolerance, openness, inclusion and mutual respect. Everyone has pledged to work together to implement this important resolution.

This year 101 countries from all the region of the world co-sponsored this resolution. Despite various tensions across the globe, the continued huge support to this year’s resolution comes as a testimony to the confidence of international community on Bangladesh. It also endorses the importance of ‘Culture of Peace’ in involving all people in global development efforts.