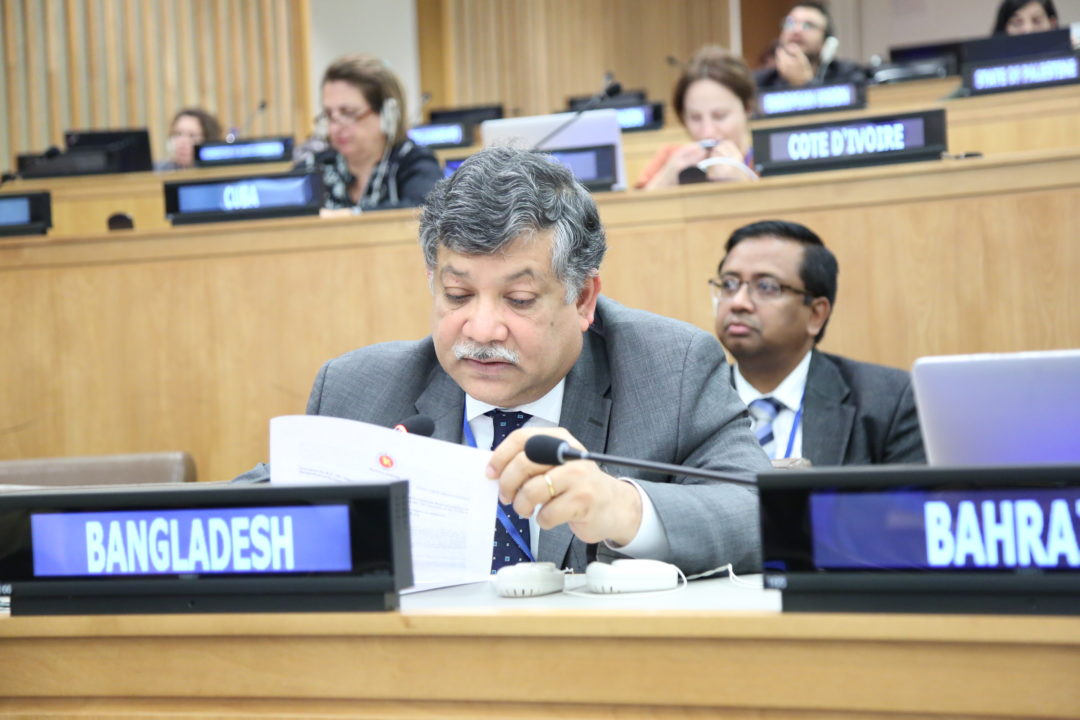 Today, at the UN, the Permanent Representative (PR) of Bangladesh Ambassador Masud Bin Momen stated that Bangladesh remain committed to walk with the international community to promote and protect the rights of children. He was speaking at the general debate on an agenda item titled ‘Promotion and protection of the rights of children’ under the 3rd Committee of the 74thSession of the United Nations General Assembly. In this connection, the PR said, “As the 30thAnniversary of the UN Convention on the Rights of the Child is approaching, we must utilize this occasion not only to exemplify but also put to action our collective commitment to promote and protect rights of children all over the world”.

Mentioning the recent two awards received by Prime Minister Sheikh Hasina namely ‘Vaccination Hero’ from GAVI (Global Alliance for Vaccination) for the recognition in the success of immunization and ‘Champion of Skill Development for Youth’ from UNICEF In recognition of continued efforts in skill development of youth, Ambassador Masud said that these kind of awards recognizes Bangladesh’s continued progress in promoting and protecting children & youth rights and their developments.

Referring the national plans and actions for children which are guided by Prime Minister Sheikh Hasina, the PR said that the birthday of our Father of the Nation Bangabandhu Sheikh Mujibur Rahman is observed in our country as National Children’s Day is a unique manifestation of the importance we attach to this.

The PR also mention that Bangladesh government with the support of international community, is addressing the initial health care, education and other welfare needs of the Rohingya children and in this regards he urged the international community to come forward for their safe, secured, voluntary and sustained return to their motherland.

PrevPreviousStronger global partnership must be forged to address challenges that hinder development –Ambassador Masud at the UN
NextBangladesh tables a new resolution at the UN on the use of natural fibers including juteNext
© 2023 Permanent Mission of the People’s Republic of Bangladesh to the United NationsDiplomat Centre • 820 2nd Avenue, 4th Floor • New York, NY 10017 • USA • (212) 867-3434
Facebook-f Twitter Youtube