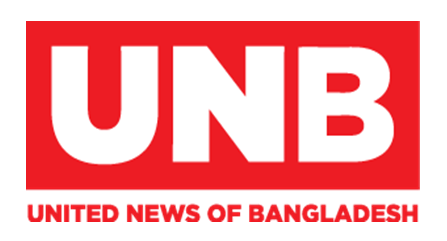 The United Nations General Assembly had unanimously adopted the first-ever UN resolution on vision impairment, committing access to eye healthcare for the 1.1 billion people living with preventable sight loss by 2030.

Permanent Representative of Bangladesh to the UN in New York, Ambassador Rabab Fatima introduced the resolution on behalf of the Friends of Vision, an informal like-minded group at the  UN that advocates for greater access to eye healthcare for over two billion people currently living with various levels of visual impairment.

The resolution titled ‘Vision for Everyone: Accelerating Action the Achieve the Sustainable Development Goals’ is unique as it is the first agreement among the member states of this highest global body that is designed to tackle preventable sight loss, the Bangladesh Mission at the UN said on Saturday.

The other two co-chairs of the group are Antigua & Barbuda and Ireland, who joined Bangladesh in proposing the resolution. A total of 115 member states co-sponsored the resolution adopted on Friday.

Ambassador Fatima dedicated the resolution to all people around the world who are visually impaired or handicapped.

She urged all countries in the world to set a target for vision for everyone by 2030 by ensuring full access to eye care services for their populations.

This resolution has a strong mandate and is expected to send a strong message of hope to the millions of visually impaired.

Ambassador Fatima said the adoption of the resolution on vision is a watershed moment in global efforts for vision “1.1 billion people live with preventable sight loss. Preventable sight loss is a global challenge that needs a global solution – and that is what we have agreed today. What we agreed today will make a world of a difference to the lives of billions and their families and communities”.

Referring to a global survey data, the Bangladesh Ambassador said that vision  impairment and blindness pose an enormous global financial burden with the annual global costs of productivity losses estimated toi be US$ 411 billion.

However, access to eye care can not only reduce children’s odds of failling ion the class by 44%, but it can also increase the odds of obtaining paid employment by 10%

This is also an equity issue as 55% of the blind people are women and girls; and they are 8% more likely to be blind than men, she added.

Ambassador Fatima said millions of people globally lose their visions, needlessly. “And this phenomenon largely impedes their ability to contribute to their full potentials to the socio-economic development of their societies. The resolution before us has the potential to reverse this situation”.

The resolution called upon the member states to make eye health integral to their nation’s commitment to achieving the sustainable development goals.

About 90% of the people who do not have access to proper eye healthcare live in low-and middle-income countries.

In Bangladesh, according to a 2018 estimate, the number of blind people aged 30 and above is 750,000 and more than six million people in Bangladesh need vision correction.

The government of Bangladesh is one of the signatories to the global initiative launched in 1999 known as Vision 2020.